GUELPH, Ontario – Syrian children who have arrived in the Upper Grand are using Google translation technology to help them communicate at school.

A number of Syrian children began school at Drayton Heights Public School on Monday, bubbling with excitement to be at their new school.

The children and their families don’t speak English, and so to help with translation, the Upper Grand District School Board provided the school with Google Nexus 7 tablets, equipped with Google Translate.

Google Translate allows users to communicate by either speaking, typing, handwriting or scanning text and have it translated between English and Arabic. 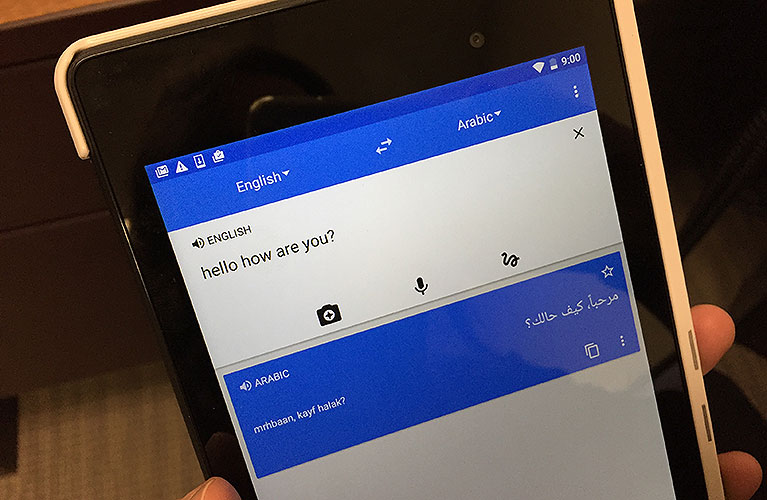 According to school principal Jeff Crawford, the two-way communication was seamless, allowing staff and students to tour all areas of the school and ask questions back and forth.

The technology doesn’t require WiFi to use, so the children can use the tool when at home as well.

The board is hoping to send out additional tablets equipped with Google Translate as more Syrian children begin school in the district.

Meanwhile, Google is asking for help improving Google Translate technology for refugees and volunteers. Last year the tech giant launched Translate Community, where “language enthusiasts can help improve translation quality,” according to a post on the Google blog.

Members of the community translate words and phrases and check if translations are correct, earning points and badges for their contributions.