Be the Light – Beyond Borders students host Illuminate Gala

GUELPH, Ontario – Students in the Upper Grand District School Board’s Beyond Borders program presented their final project at the River Run Centre on January 18th in the form of a charity gala.

Beyond Borders is one of the UGDSB’s Experiential Learning Programs. It explores integrated and experiential educational opportunities, with a focus on business and leadership. The program is run out of the UGDSB’s Tytler school location.

After completing a rigorous application process, up to 50 Grade 12 students take the program in the fall semester, earning credits in business, math and advanced leadership. Students develop skills outside of the classroom, going on field trips and exploring business practices. The semester concludes with one final project, a student run and organized charity gala.

The night featured inspiring guest speakers, amazing musical and dance performances, a silent auction, games and great food. Students also shared some videos about what the Beyond Borders program is and the huge impact it has on students, and a video featuring some of the planning that the students did for the gala.

To kick off the evening’s entertainment, singer and songwriter Mikalyn Hay performed two songs including one she wrote specifically for the Illuminate Gala.

Students Luke and Taite took the stage next to walk the audience through their personal journeys with the program and share the stories of how they have changed this semester because of what they learned through Beyond Borders.

Each year to start off the Beyond Borders program, students visit Camp Tawingo for four days of team building and leadership. Mike Pearse, Camp Director, shared what the time at Camp Tawingo is like for students and staff.

Centennial Collegiate Vocational Institute’s Dance Inc. team was on hand to perform two dances at different times during the evening. The group shared their first dance, which was inspired by Bob Fosse during the first half of the night and their second hip hop dance during the second part of the evening.

Throughout the evening information was shared about the organizations that the Illuminate Gala was raising funds for. Beyond Borders students shared information about Doctors Without Borders and the Nature Conservancy Canada and why these charities were selected.

Singer and songwriter Lauren Roy started her performance by sharing her journey with Mount Sinai and the great impact that the Twin-to-Twin Transfusion Syndrome program has had on her family. She also performed a series of emotionally driven songs, including one that she sings to her twin boys every night. 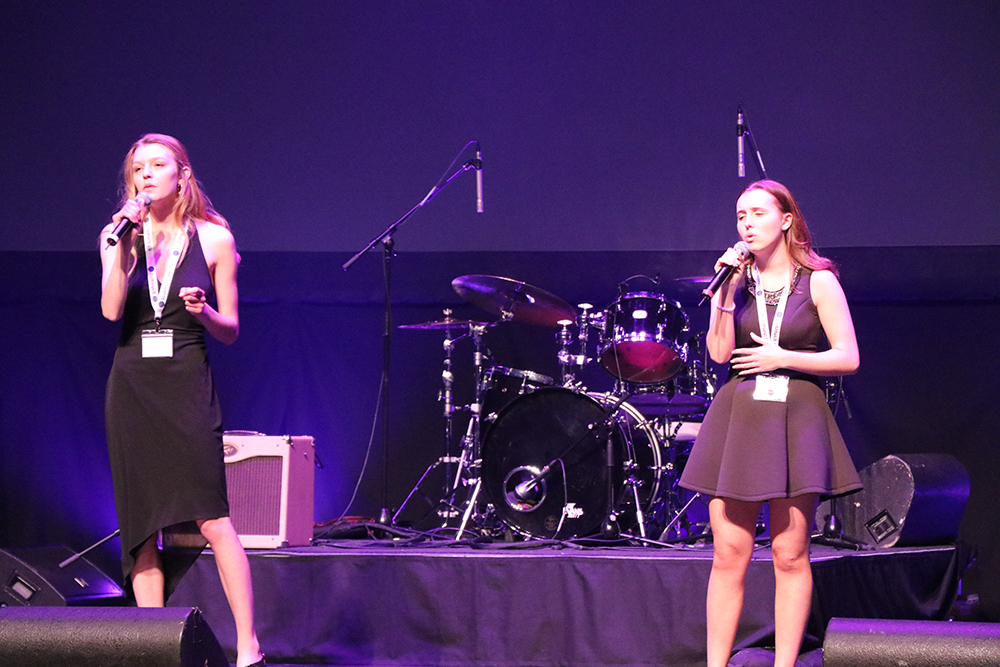 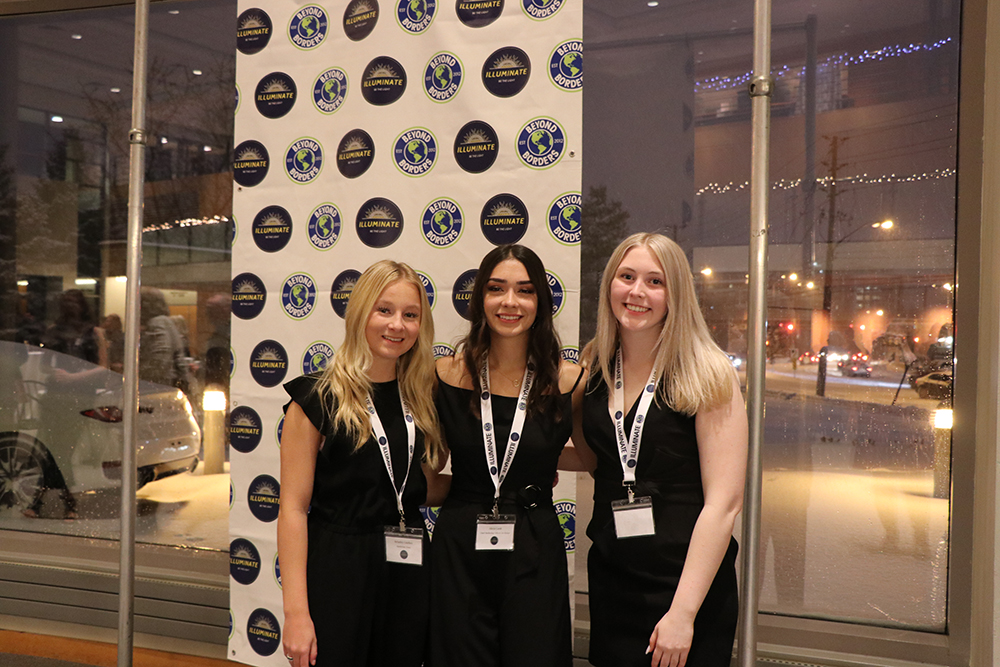 Dr. Greg Ryan was on hand to speak to everyone about the Fetal Medicine Program at Mount Sinai and how important the Twin to Twin Transfusion Syndrome research is to the hospital. Dr. Ryan also explained how the money raised by the Beyond Borders program for Mount Sinai is spent and how it makes a difference in the lives of many people.

Guelph Mayor Cam Guthrie took to the stage with his son, and Beyond Borders student, Anakin to play the Heads or Tails game. This game helped raise money for these causes while including audience participation.

CJ Cooper hit the stage next. Cooper is a singer and songwriter from Guelph and she shared some of her work with the audience.

Following Cooper was a group of talented students from the University of Guelph. The U of G Steppers put their heart, soul and feet into making great music. Their passion and dedication really showed during their performance.

The CEO of the Guelph General Foundation Suzanne Bone shared how the funds raised help Guelph General Hospital. Bone showed images of the new portable ultrasound machine being used in the emergency room and explained that this machine was made possible by the donation from last year’s Beyond Borders class.

Singer and songwriter Sarah Smith was next to take the stage with her band to perform a series of song. Smith is an award-winning Canadian artist who has played across North America and in Europe.

Poet and public speaker Wali Shah joined the line up again this year. Shah performed three inspirational poems including one that had never been debuted before.

To wrap up the evening Beyond Borders students Anakin, Denise and Emily shared an original song that was written specifically for the Illuminate Gala.

The hard work, passion and emotion that these students put into the gala could be felt all evening. Their hard work and dedication to the night paid off and students were able to raise approximately $114,000!

Great job to everyone involved in organizing the gala and thank you to all the evenings sponsors.