Thursday was an exciting day at Brant Avenue Public School, and a big day for school safety!

Brant Avenue PS student Dilnaaz was also named the recipient of the Guelph Police Service Patroller of the Year Award.

On June 23, 2022, students and staff at Brant Avenue PS were joined by special guests from the CAA and the Guelph Police Service to present the awards.

Mr. Graham was described as exemplifying dedication in organizing the school’s safety patrol training, meetings, and schedules. He understands how important the students’ safety and well-being is, and happily stood out in the cold winter months and made sure that students crossed safely and were supported. Also at school, while not acting as Patrol Supervisor, Mr. Graham can be seen bringing joy to the yard at recess, helping organize floor hockey and helping students before and after school.

Constable Sherry Pettapiece from the Guelph Police Service, who is instrumental in running the GPS Safety Patroller program, handed out the student award. She said that every year students from across the city do an amazing job helping to keep their classmates safe. However, a patroller who went above and beyond this year was Dilnaaz. Dilnaaz has been a patroller at Brant Avenue PS for two years, and has been described as a leader, problem solver, and a wonderful role model.

Cheers erupted when both Mr. Graham and Dilnaaz received their awards. Congratulations to you both! 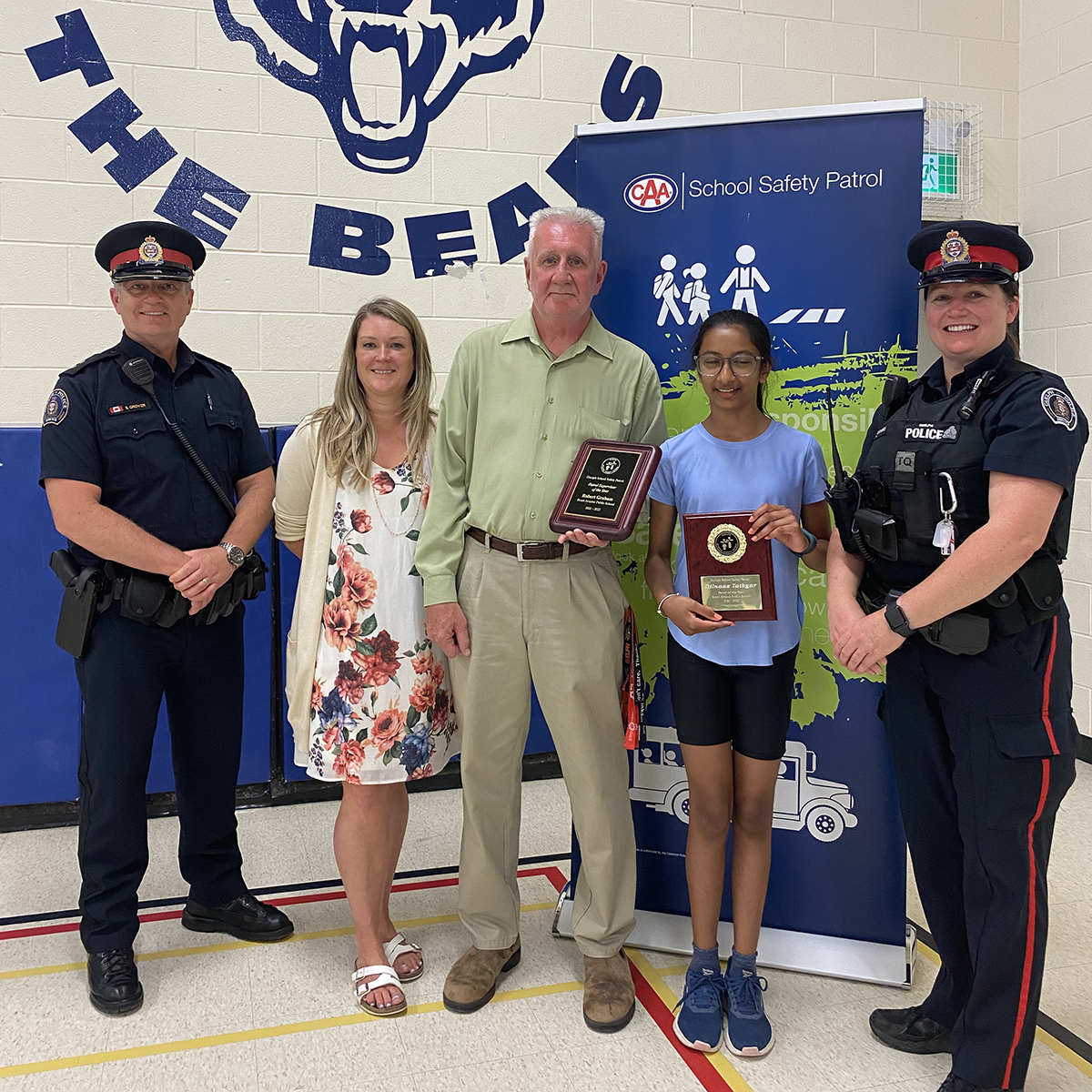 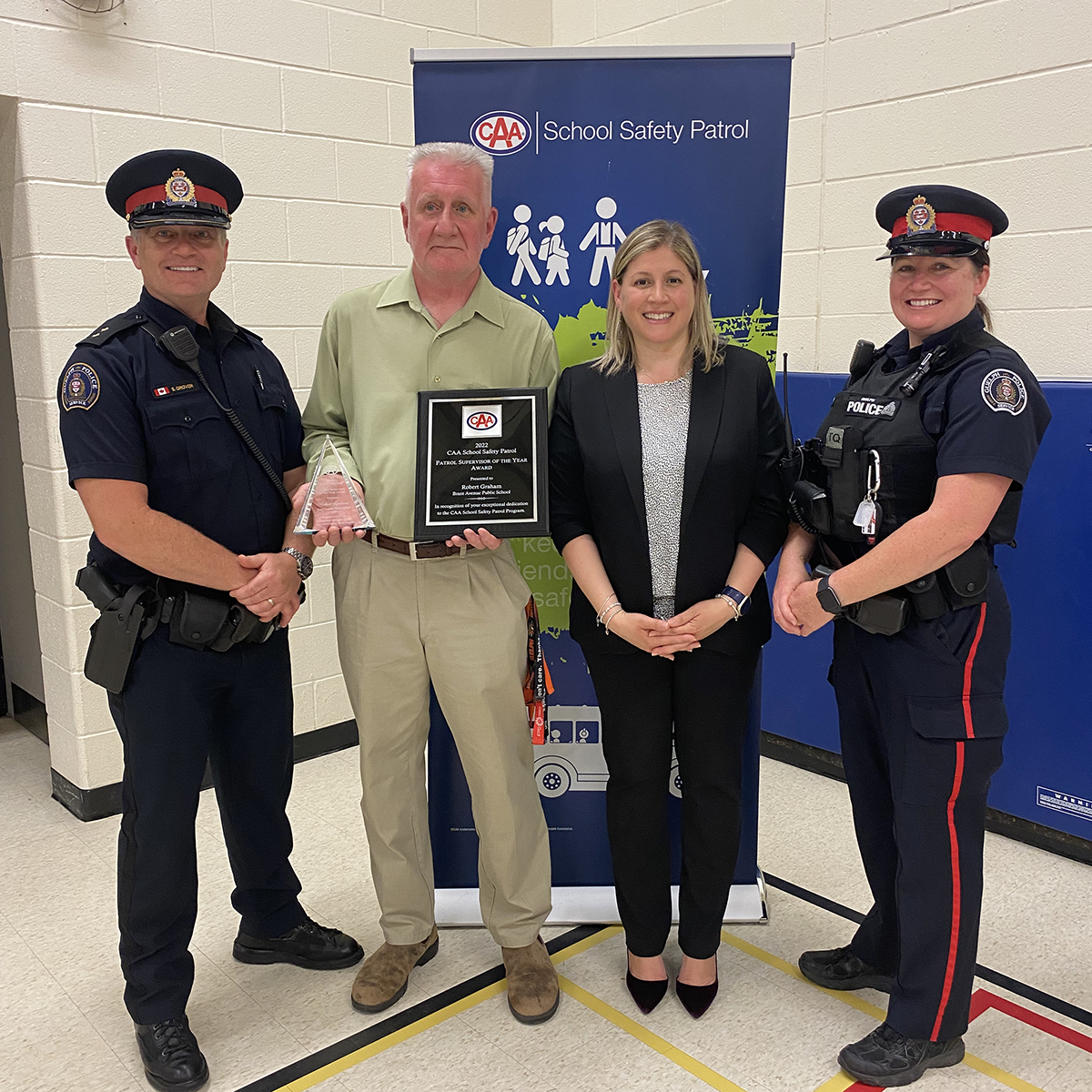