School spirit is different this year due to the virtual nature of the ERS. School staff and administration have been working hard to build an online community for the school. As one of their first school spirit projects, they chose a mascot that is easily recognizable, the Otters. 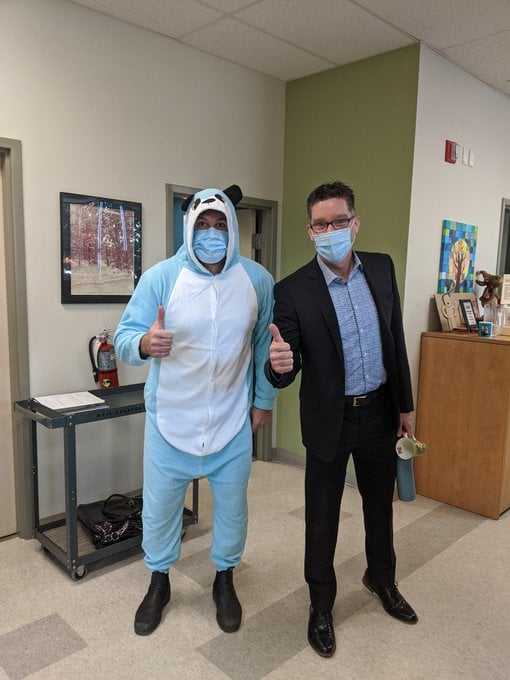 This year, as school fundraisers took on a different form due to the COVID-19 pandemic, many schools promoted fundraising for the Terry Fox Foundation through the foundation website directly.

Grade 6 Otters teacher Melissa Roth was instrumental in creating school spirit for the Terry Fox campaign. She created a crowed-sourced video of ERS staff and students challenging the school community to support the Terry Fox Foundation.

As further incentive to the Otters community to raise funds for the Terry Fox Foundation, Otters administrators created a sense of excitement and fun around the fundraiser by letting students know that if they met fundraising goals, members of the admin team would do something in honour of school spirit for Terry Fox.

The original goal of the fundraiser was $4,000. Otters students, their families and staff members rose to the challenge and raised $6,225 to date. As promised, Otters admin showed their school spirit. Principal Mike Anderson spent a day dressed as an otter, vice principal Jen Apgar shaved her head and got a temporary otter tattoo on her scalp, vice principal Blayne Primeau ran a half marathon and vice principal Alan Gouk took a chilly dip in the Grand River. Gouk said that the water was really cold, but that he picked a nice sunny day for the swim, so it wasn’t horrible. 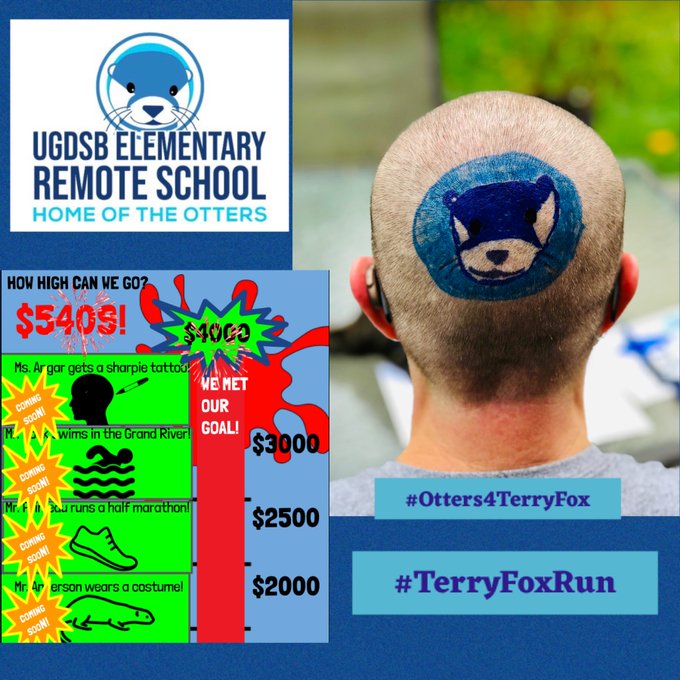 Anderson said that the fast fundraising efforts of the school community have been noted and hinted that there may be another surprise in store for Otters students.

Mr. Gouk really got into the @ugdsb Grand River #ERSOtters spirit, as he fulfilled his challenge incentive for passing the $3000 fundraising mark for #Otters4TerryFox #TerryFoxRun A chilly swim in the #GrandRiver 🏊‍♂️🦦 pic.twitter.com/9zh64FiICc