First-time voters aren’t scared — when they are prepared

Guelph, Ontario — Today is election day, many individuals will take to the polls to cast their vote — some young voters for the first time.

Jack, a former Upper Grand District School Board student, went to the polls early to cast his vote in this federal election. “I feel like I missed a lot of ‘growing up stuff’ because of COVID-19, so I wanted to at least do the things that I can”, Jack said.

Jack’s family was going to cast their vote early, so he decided to take the necessary ID and tag along. Jack said he was surprised by how normal voting seemed for everyone there, rather than the event he felt like it was to him.

Jack said his preparedness to vote came from the education he received in school. “I refreshed myself on the main policies of the parties since grade ten.”

Since graduating, more students have had the opportunity to hold mock elections at their own schools through an educational program called Student Vote. This program uses the election as a teachable moment and allows students to take part in the democratic process in a hands-on way.

Shannon Rankin, secondary teacher at Centre Dufferin District High School, observed that her grade ten students really enjoyed the hands-on aspect of the prep and execution of the program.

“They have set up voting screens and ballot boxes. Folded, counted and stuffed ballots for all the classes, and been able to work in groups which have not been offered since COVID-19 started,” said Rankin.

On top of their Student Vote curriculum, “We have discussed the First Past the Post system, electoral reform, and very importantly, the principles and privilege of living in a democracy, with contrasts to other countries and types of governments around the world that do not have the right to vote,” said Rankin.

Rankin said while doing the Student Vote program that many students are surprised by the party they most align with. “Many note that they have a different set of beliefs and priorities than their parents.”

Rankin hoped that the Student Vote program would take away the fear that may be involved in the democratic process.

“I hope they see they are a citizen of Canada, Ontario and that they matter, and their votes do add up. I hope they begin voting early as voting is a habit and what’s better than getting your students into a good habit for life”, Rankin said.

Just as Edwards did, he said for any young voter that may be anxious about voting for the first time to get out there early if you can. “I heard that there are less people at the advance polling, so I would recommend going to that, so that the people there are more free to help you if you have a problem.” 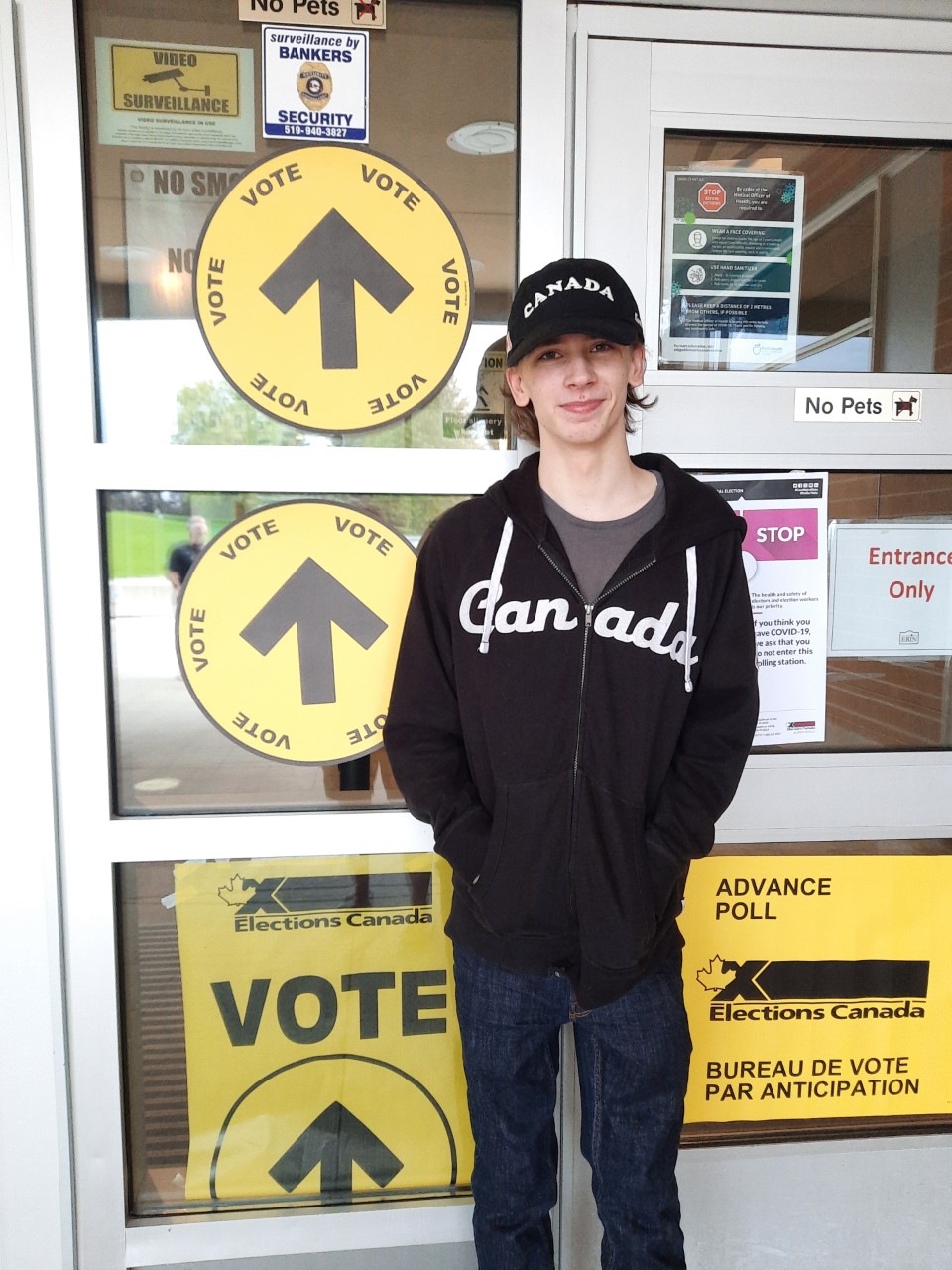