They would never toot their own horn but, Guelph Collegiate Vocational Institute (GCVI) has much to take pride in with two of their band students being the first to be accepted to play at MusicFest Canada.

Eleanor Ferreira is a grade nine student who plays the French horn in senior band, “She was up to the challenge right away, and is already one of our strongest musicians, despite being a couple years younger than most of the band members”, said Daniel Austin, a music teacher at GCVI.

Addison Ling, is a grade ten student who plays the euphonium in honour band. Ling took on the challenge of auditioning for the honour band in lieu of taking the normal playing test for her grade 10 music class.

“She (Ling)  asked to attempt the audition instead of doing the normal test, and the audition music was significantly more difficult than the test we were doing in class,” said Austin.

Both Ling and Ferreira are described as having excellent work ethic both in class and in their school bands.

Ling said it took her a full day of practicing and recording her audition before she was satisfied that she had it at the level she wanted. She was shocked to find out that she made the Denis Wick Canadian Wind Orchestra (DWCWO).

Ling said she was confident she had done a good job but was not expecting it to make it her first year.

Whereas Ling auditioned for the DWCWO, Ferreira was recommended by Austin to the Canadian Junior Honour Band program.

MusicFest Canada brings thousands of students and educators from across the country together, over a one-week period, to celebrate excellence in musical performance. With an average attendance of 7,000 young musicians, it is the largest educational music convention in Canada. Congratulations to Eleanor and Addison for making the cut! 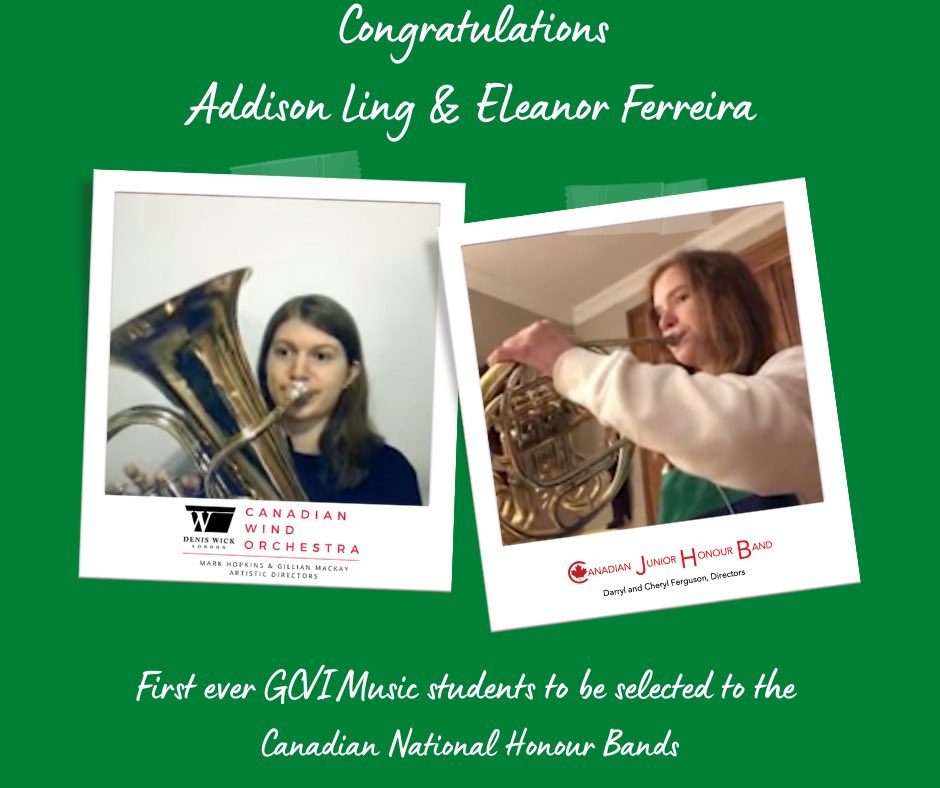