GUELPH, Ontario – Last week during Treaties Recognition Week, many Upper Grand District School Board schools continued developing their knowledge around Treaties and what they mean.

As part of the week, Cadieux read students the book Hiawatha and the Peacemaker by Robbie Robertson and David Shannon. As a class, they then discussed how conflict and peace were negotiated. The class also looked at the Hiawatha belt (Wampum) to understand how the materials were created and why the shell beads would be a precious material to use.

The class continued their discussions by talking about the Indigenous tradition of oral narratives and how the Wampum would be used by special members to retell the Haudenosaunee stories. 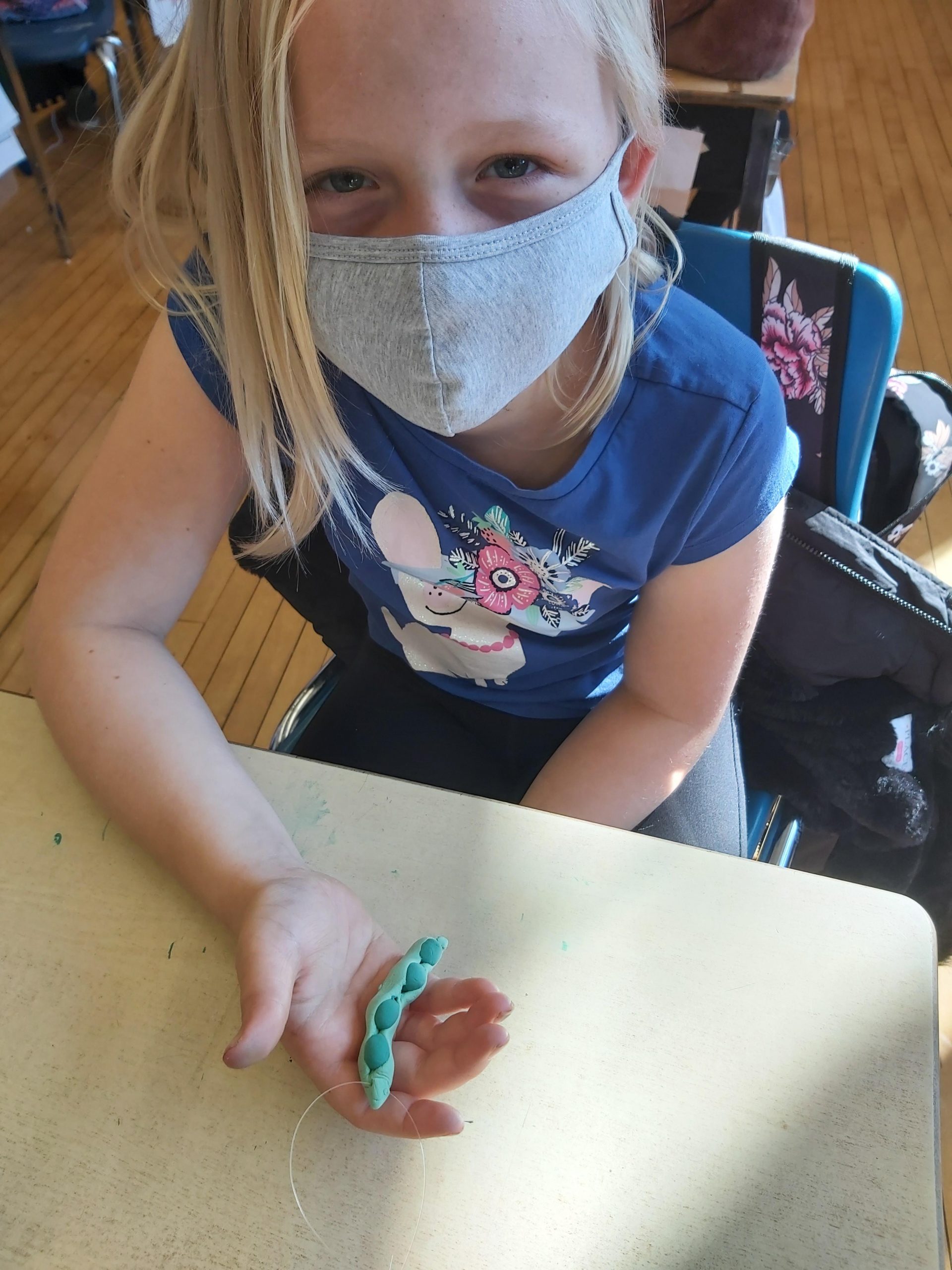 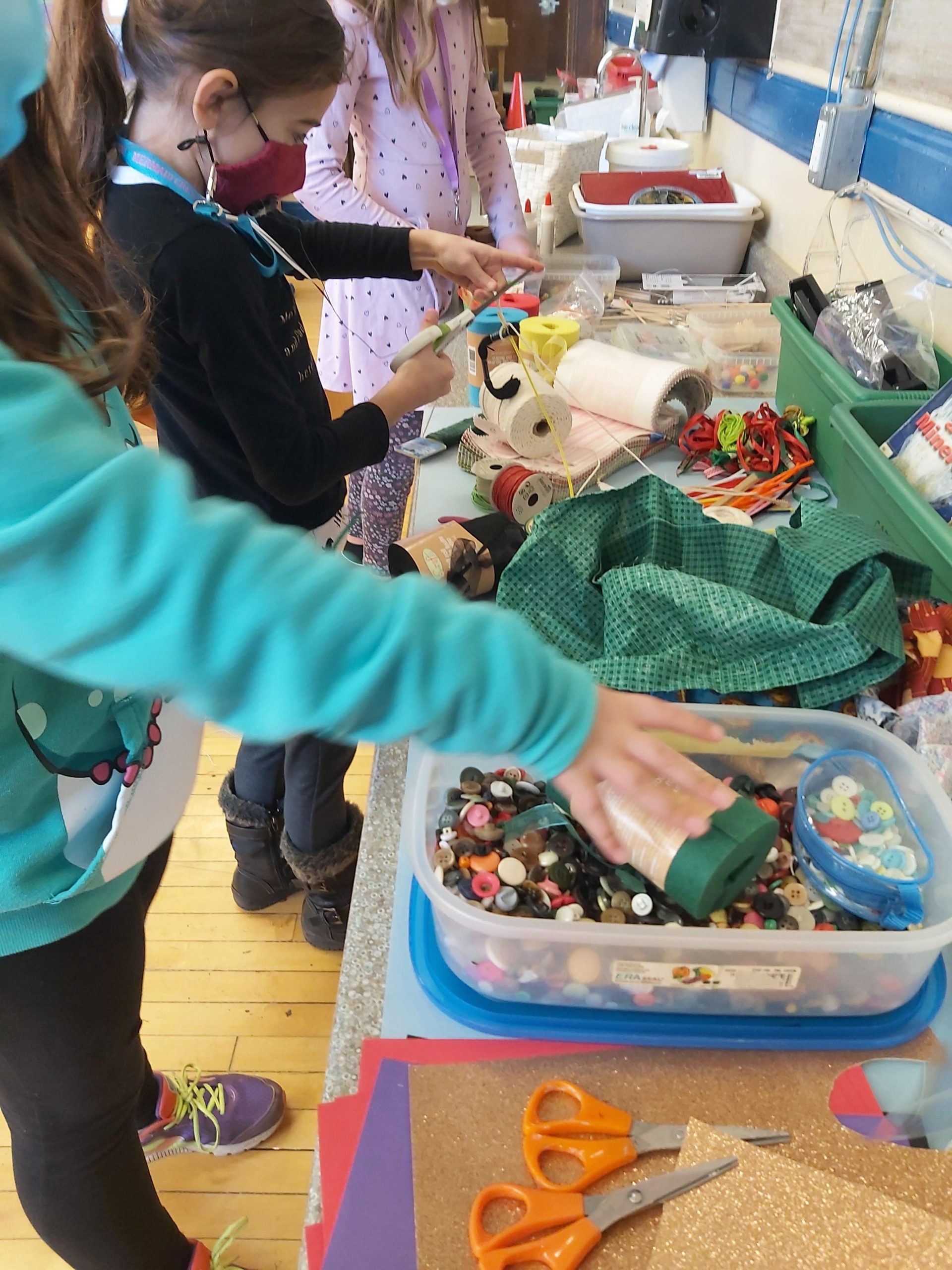 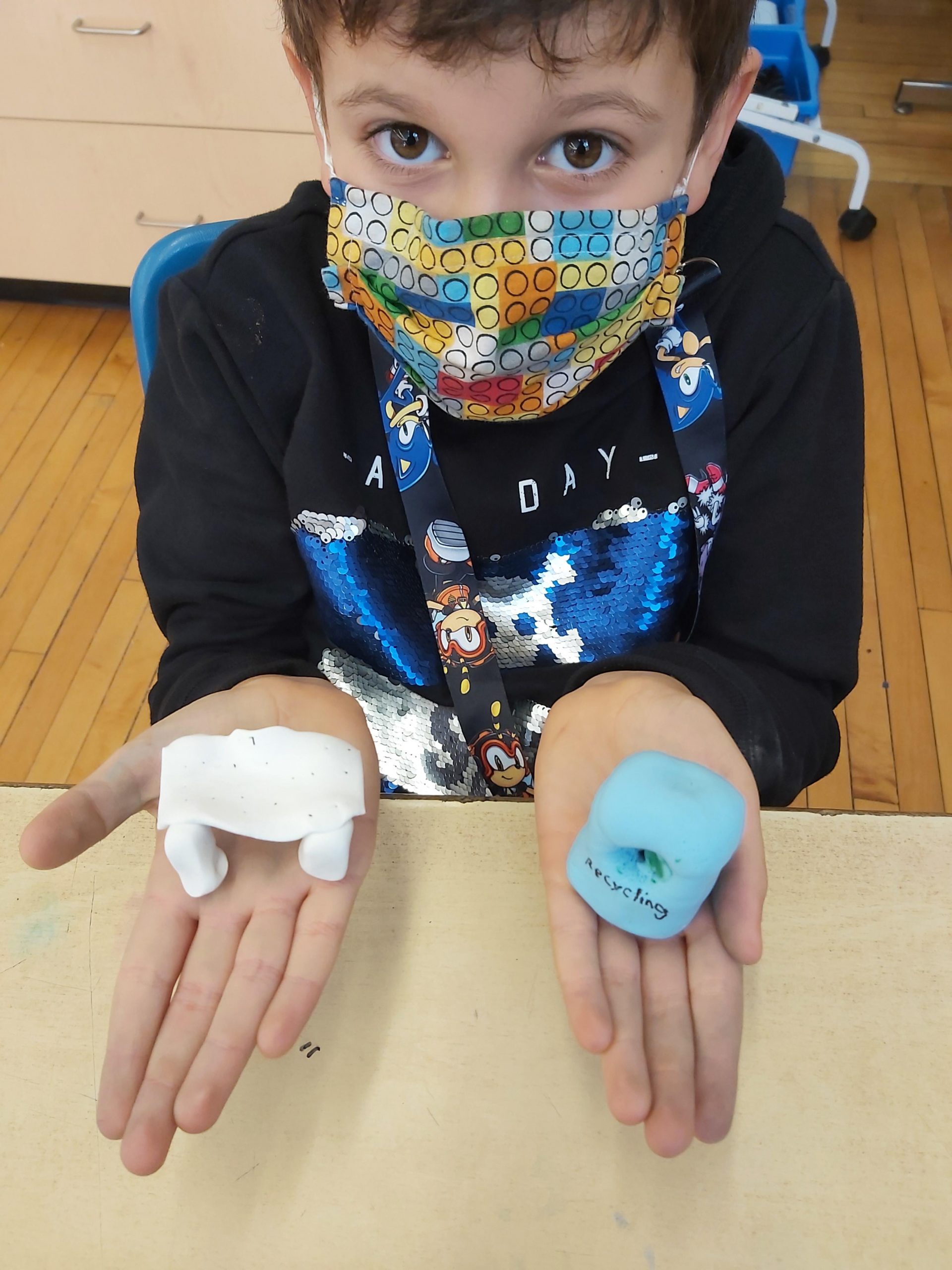 Cadieux said that her students have been learning about Indigenous Peoples since the beginning of the year. She said, “It’s important to develop a context and an understanding before jumping into a discussion about Orange Shirt Day in September and now Treaties. We looked at a map of the world and talked about where European settlers arrived from and discussed the reasons for travelling to North America. We look at a timeline and learned that the earliest evidence of Indigenous Peoples is around the time that early Egyptians were building pyramids. The goal [of these discussions] is to help students understand the idea of Original Peoples.”

After learning the foundation and history behind Treaties Recognition Week, students were invited to make promises to themselves, to their family or friends or to the earth. They then created bracelets, small stuffed pillows, key chains and a pea pod. They ‘shopped’ for the materials in class and planned their artifact to match the promise they had made.

Students enjoyed the activity, but found it challenging to ‘match’ the symbols and materials to the promise they had made. 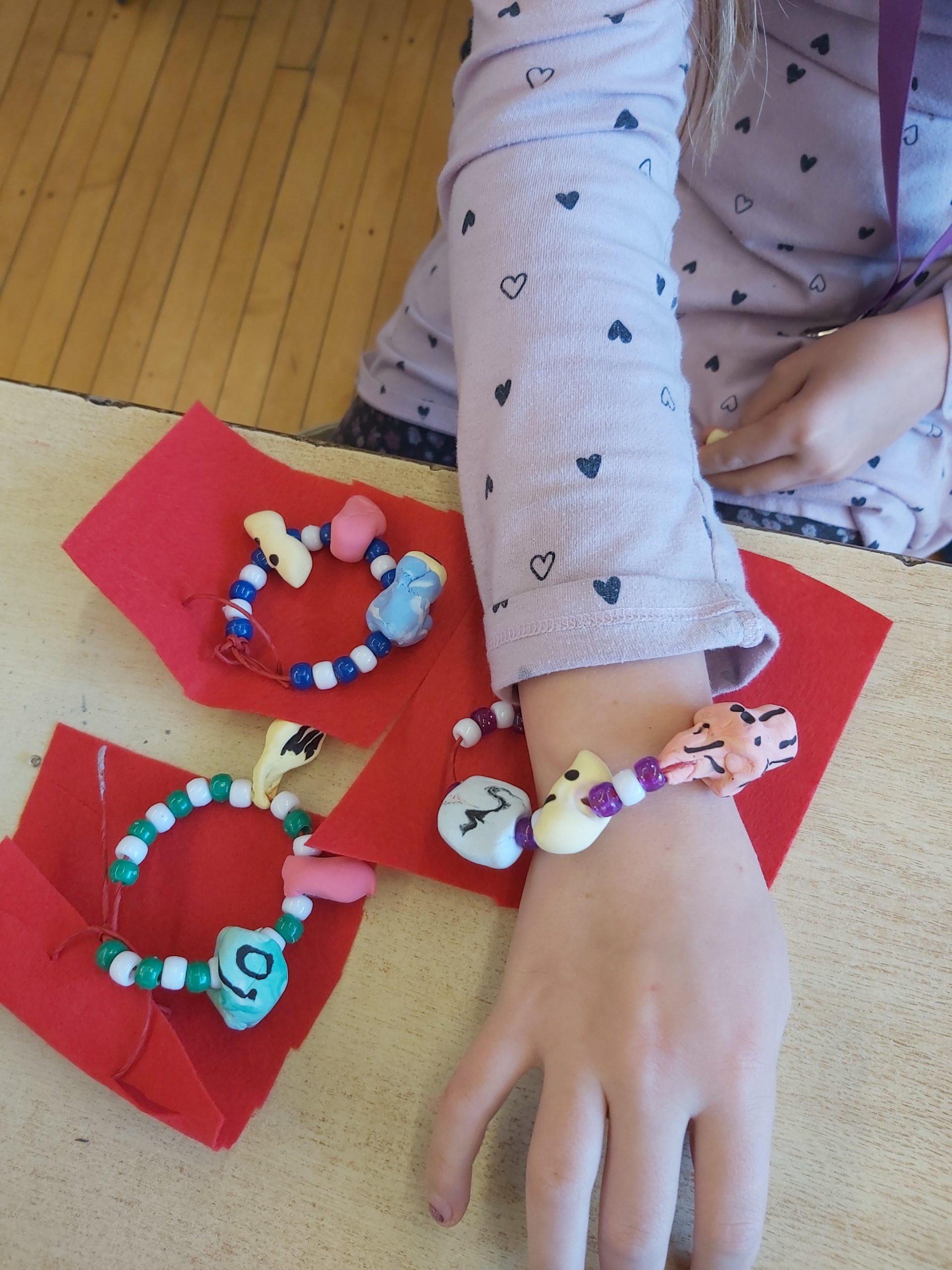 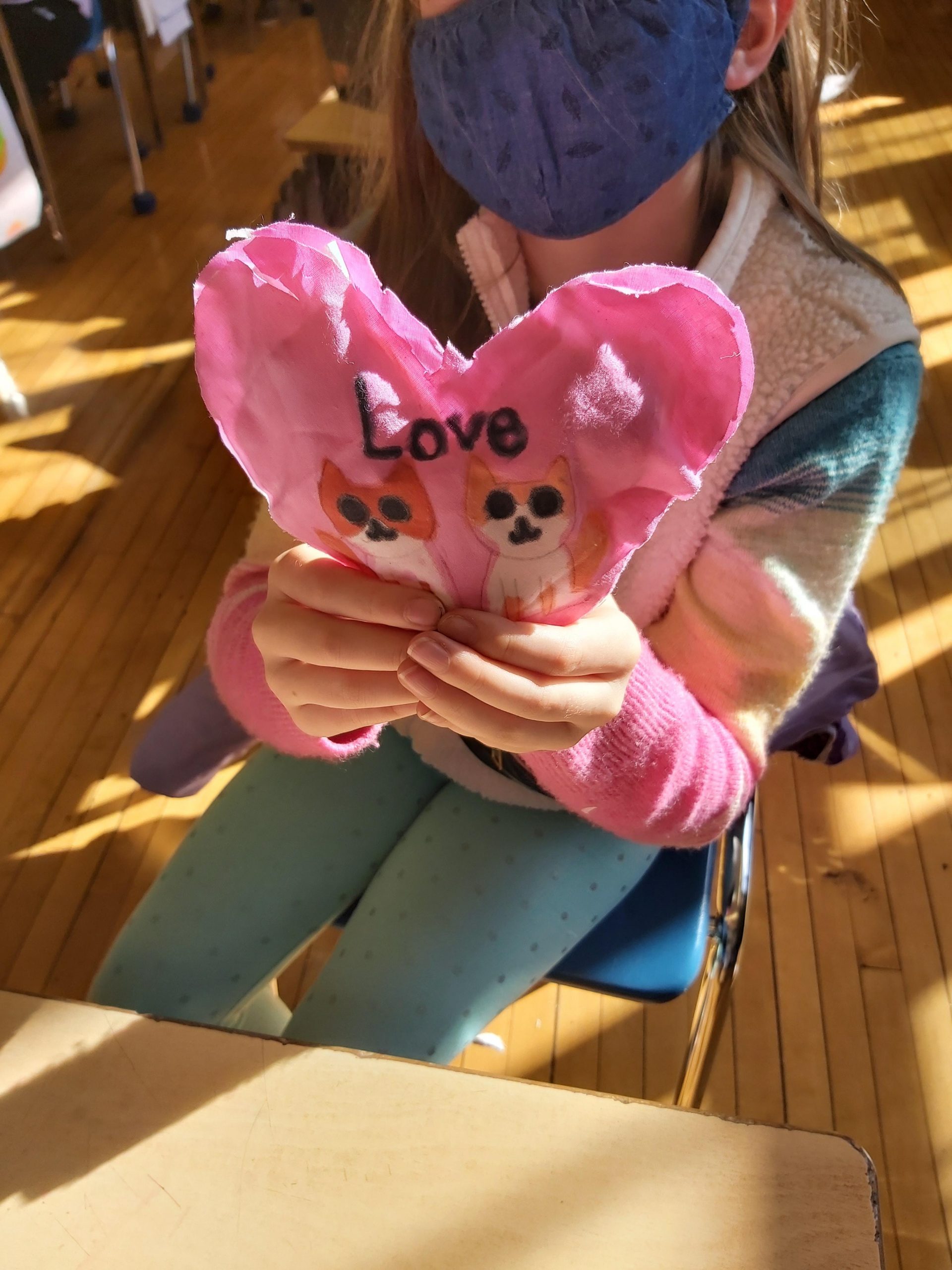