The event was hosted by Ms. Barbour’s grade 8 class. Students were involved in all aspects of the day including planning, inviting guests and organizing the day. 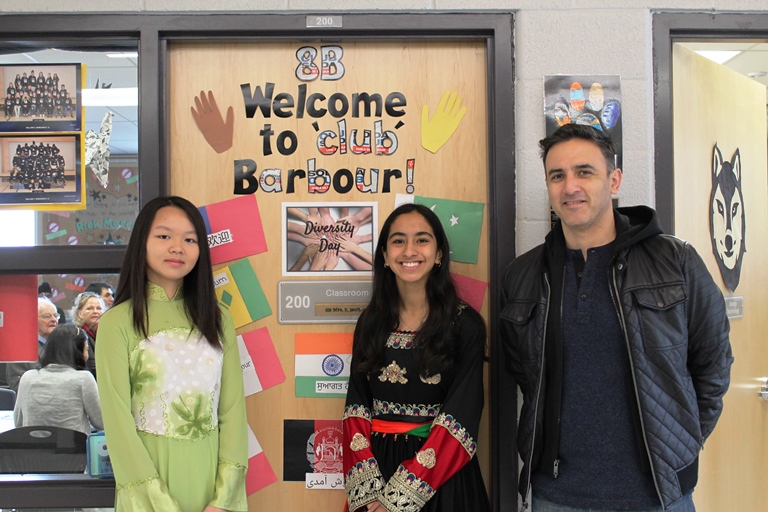 Earlier in the school year, students did a reflection of who they are as learners and then who they are as citizens to help them figure out what kind of mark they want to leave on the world. Through this assignment, Diversity Day was born. The theme of the day was to celebrate family heritage and to recognize the diversity in the classroom.

Students began the day by welcoming guests, who included parent speakers and the school’s namesake, Dr. Winegard. As guests began to arrive, students went around the room to give everyone tea and snacks. 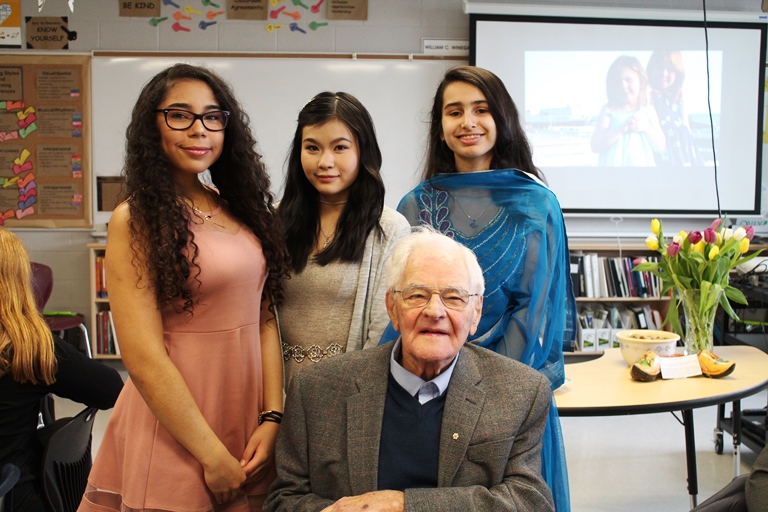 As part of a class project, students created video rants inspired by Rick Mercer. A montage featuring several of the rants started the day. Rants were about topics that students feel strongly about, which impact the community and the world. Rant topics included, how idling is bad for the environment, racism seen in the community and around the world, a rant titled The Scoop on Poop, which discussed the impact of not picking up after you pet, and even a rant from school principal Curt McQueen about how everywhere he goes there are students filming rants.

Grace, a student in the class, performed an original song for the group and played the ukulele while she sang. Her song about diversity struck a chord with everyone in the room.

Guest speakers were on hand to discuss their journeys immigrating to Canada or living in Canada and the challenges they have faced. After being introduced by his son Liran, Alex Ashbel spoke to the class about moving to Canada for a safer environment for his family. Alex was born in Belarus, lived in Israel and moved to Canada approximately six years ago. 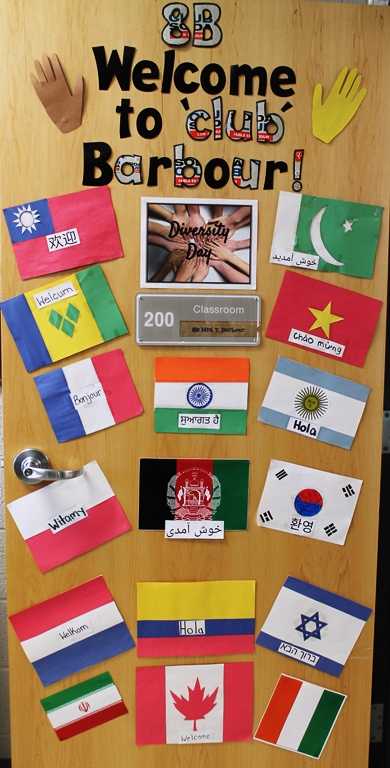 The second speaker of the day was Dale Roberts. Roberts was born in St. Vincent and the Grenadines. His son, Kaleb, introduced him. Introduced by his niece, Emma, Lucas Duarte spoke about his experience of being born in Argentina and coming to Canada.

Introduced by her daughter Emma, Janice Hicks spoke to the class about her experience of moving to another part of Canada after being born in Newfoundland. Introduced by his daughter, Sara, Hamid Haghighi spoke about his experiences emigrating from Iran. 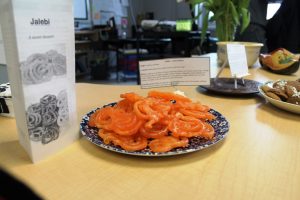 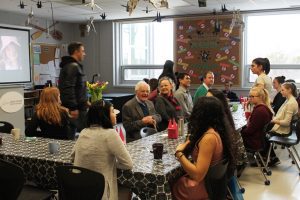 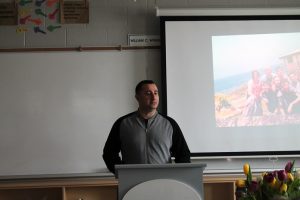 Finishing the presentations were Philip Murphy and Dan Wierstra. Murphy was born in Newfoundland and lived in Ireland; his niece, Madi, introduced him. Wierstra was introduced by his brother Nick, he spoke on behalf of his Nana and Papa who were born in the Netherlands.

Students finished the day by hosting a potluck lunch, with food provided by parents and guardians. Each dish represented the heritage of a student in the class or held significance to their family traditions.

The day was a huge success and the hard work and organization of the students could be felt throughout the day. 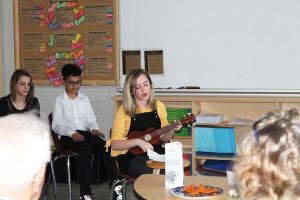 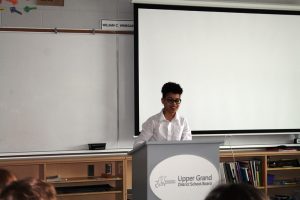 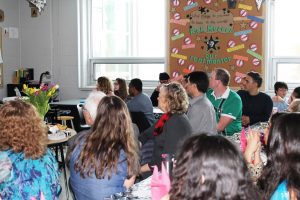 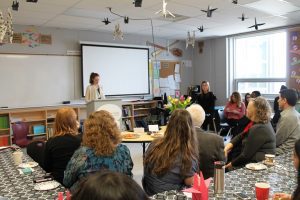 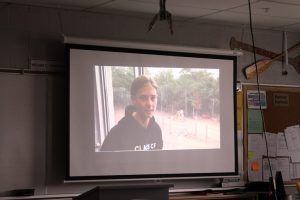