FROSTY is a two-week event where Ross students and staff raise money and collect donations for Guelph charities.

Last year during the FROSTY campaign, students and staff donated 360 hampers. Each hamper contains many food items including nuts, canned ham, canned vegetables, tea and more. This year they broke that record and had 368 hampers ready to be delivered on December 19 to the Guelph Food Bank.

This year the student council, who help to organize the FROSTY campaign, were so energetic and organized they went above and beyond and joined staff at the November PD Day to promote FROSTY participation with homeroom teachers.

The 2019 FROSTY campaign was so successful, the school had to start the FROSTY assembly on December 20, 30 minutes earlier than normal because so many student acts signed up for the assembly.

Along with the hamper donations this year, the school was also able to raise $6,000, to be donated to Guelph charities. 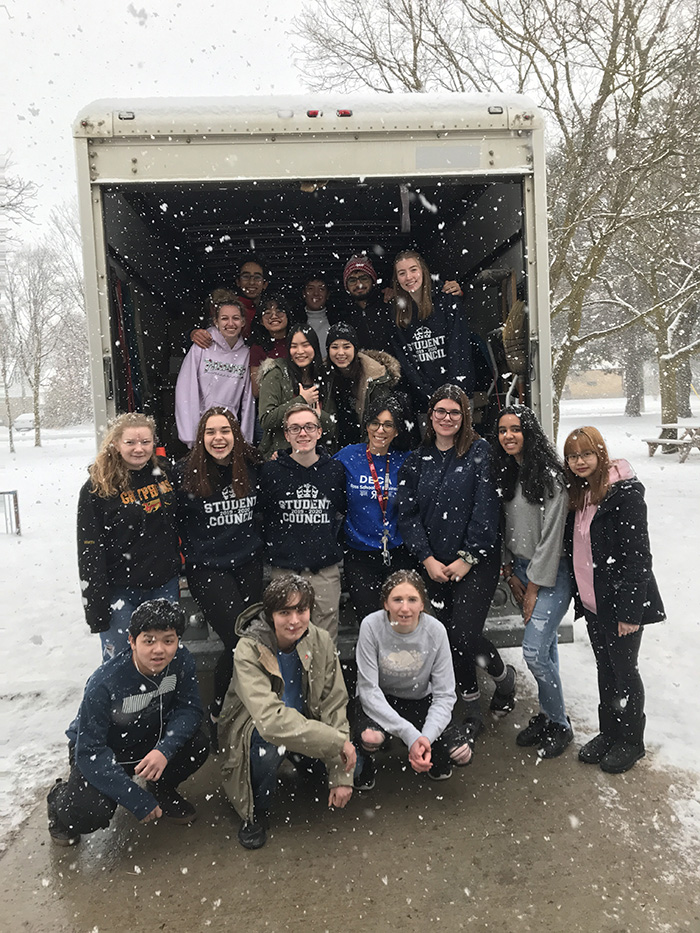