GUELPH, Ontario – Two Upper Grand teachers have been inducted into the York University Hall of Fame.

John F. Ross CVI teacher Tammy Watson and Mono-Amaranth Public School teacher Mark Bellai are two of the 2018 inductees who were honoured at a ceremony at the end of September.

According to York University, Watson (nee Holt), “experienced success at every level of field hockey throughout her career and became one of the most decorated players in York University history.” Watson’s field hockey career started earlier than her time at university, when she was a student at John F. Ross CVI. According to Watson, “I was too shy to try out in grade 9 but the coaches and phys-ed teachers encouraged me to try out for the team in grade 10.”

Watson said, “Being inducted into the York University Sport Hall of Fame was such an honour. It was a chance to re-connect with coaches and teammates but most importantly, [it was] a chance to remember my roots….The schools in UGDSB offer so many sports and clubs for students to get involved in, I think it is great. It just goes to show what a positive impact staff, coaches and club leaders have. For me, it paved the way for a chance to play university field hockey as well as at the national level.”

Bellai is currently a teacher and coach at Mono-Amaranth PS. Before heading to York University, he was a star basketball player and student at Centennial CVI. According to the university, Mark “graduated as one of the most prolific scorers in league history,” graduating as the second leading scorer in OUAA history. He played on the team for five years, averaging 19.9 points per game and 4.9 rebounds per game. He earned three OUAA first-team all-stars and three team MPVs in his career.

“A deadly shooter with range, Bellai is York’s all-time leader in three pointers made and remains fourth all-time in scoring. He also attracted national attention during his time at York and was invited to participate in selection camps for both the Canadian National and Olympic basketball teams,” said university officials.

Congratulations Tammy and Mark on your achievements! 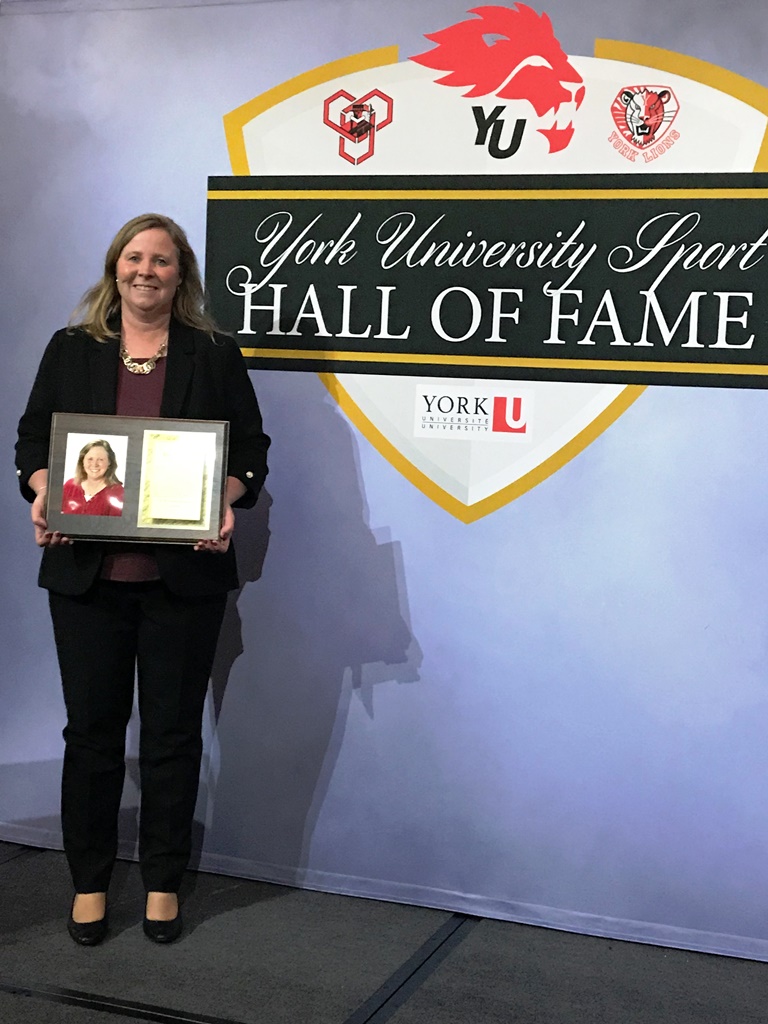