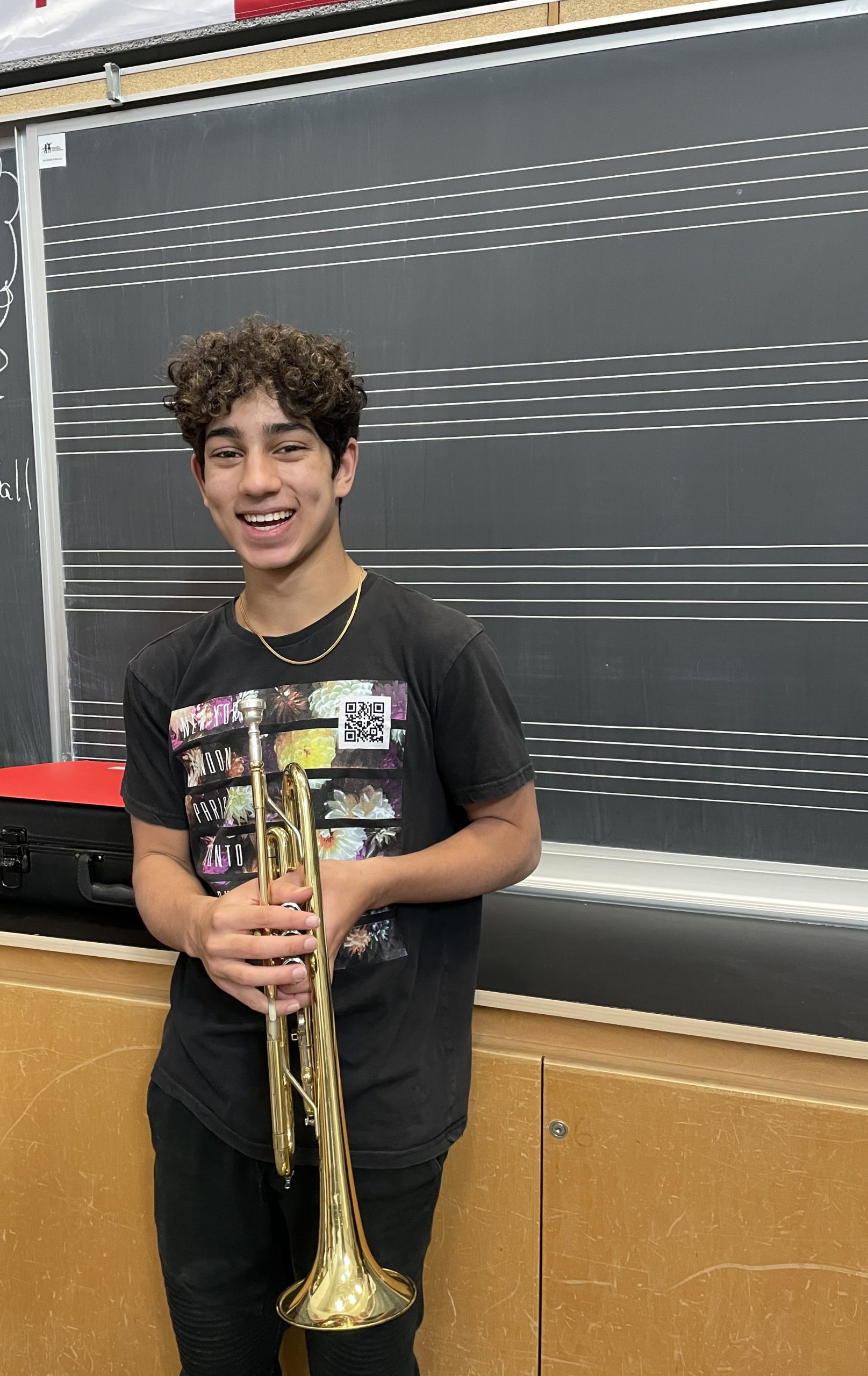 A huge congratulations are in order for Daniel, who recently participated in the MusicFest Canada National concert for Music Monday. Daniel was nominated and successfully earned a spot with the Canadian Junior Honour Ensemble.

“A task like this can be daunting for a young student, especially given the scope of the undertaking which involved music students from all over Canada. Daniel ​accomplished what he set out to do with grace and composure,” said Westside Secondary School teacher, Christa Davison.

Davison was also the teacher to nominate Daniel to be selected for the MusicFest Canada National Concert, and describes Daniel as a strong and conscientious student.

Daniel described feeling really good when he found out he had been selected to play in the concert, “ I really like playing trumpet and have been putting a lot of time into practicing.”

Daniel has played the trumpet for the last five years and piano for nine years. “It was a fun experience; I learned a lot of stuff from my trumpet coach that has enhanced my playing. I would definitely do this again.”