GUELPH, Ontario – Taylor Evans Public School grade 1 teacher Jessica Chapman, knew she would have to get creative this year while teaching her students music because of COVID-19 restrictions.

As part of this new way of teaching music to her students, Chapman has incorporated music worksheets into her lesson plans as a way for students to write their own music.

On November 24, students wrote their own original song, practiced them and then performed the song to the class. Each student was given the task of creating a five to seven note song, using at least one single and one double note. 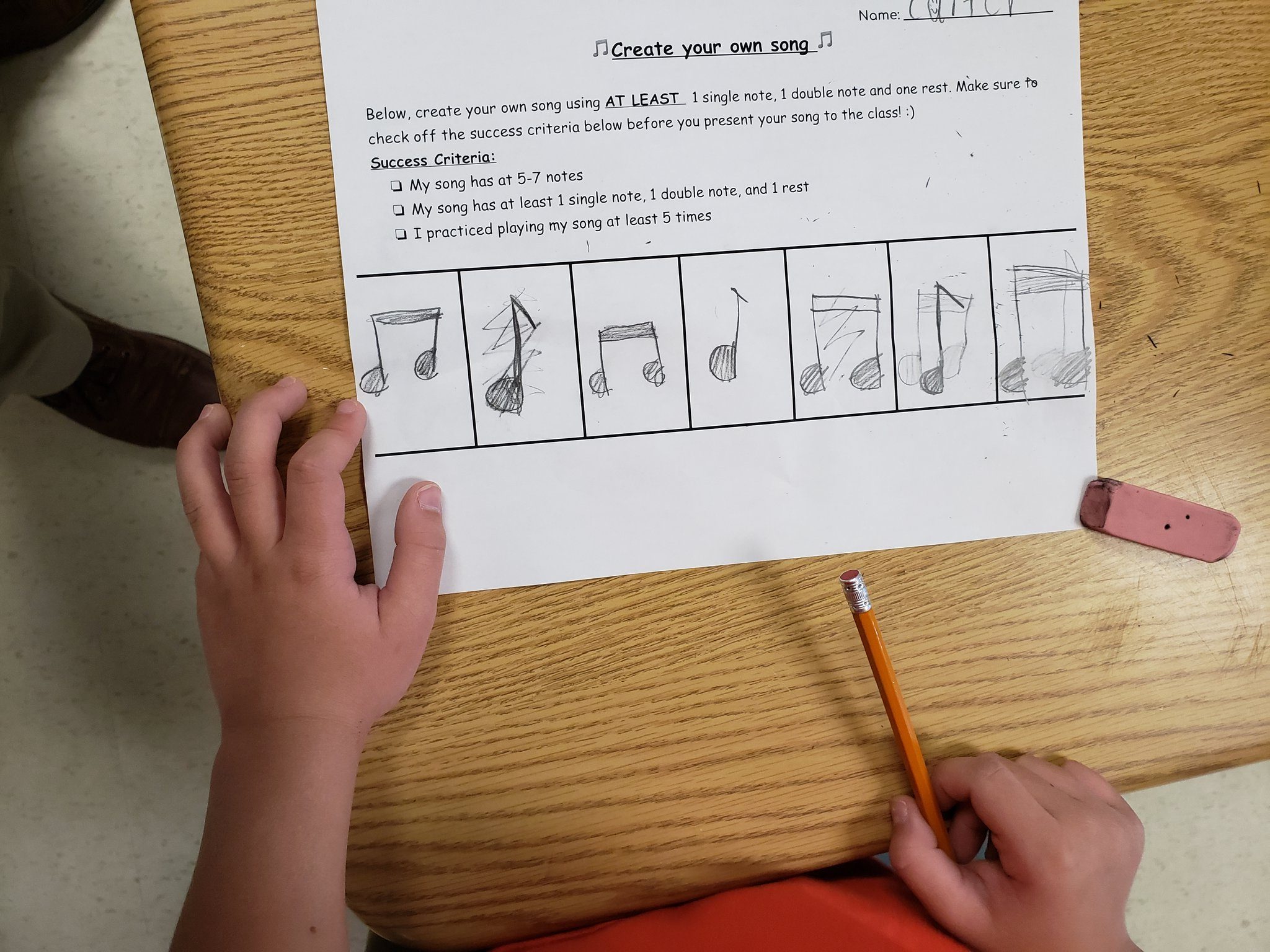 As part of this assignment, students were asked to practice their song at least five times before the final performance for the class. The goal of practicing five times was so that students could become more familiar with the sound, pattern and overall feel of their song.

Chapman said that, “The students really gravitated toward creating their own music. I had initially taught them some different musical notation and in the process, they kept asking to create their own music. I thought it would be a great idea for them to feel like they were song writers, so we started with this activity today.”

Once students were ready to perform their song, students took turns standing at the front of the class where their song was projected on a screen. The student would then clap out their song by themself and then had the chance to have the whole class participate in clapping it out while following along with the music sheet.

This lesson was a hit with students in the class and Chapman says she hopes to incorporate body percussion and videos to her future music lessons. 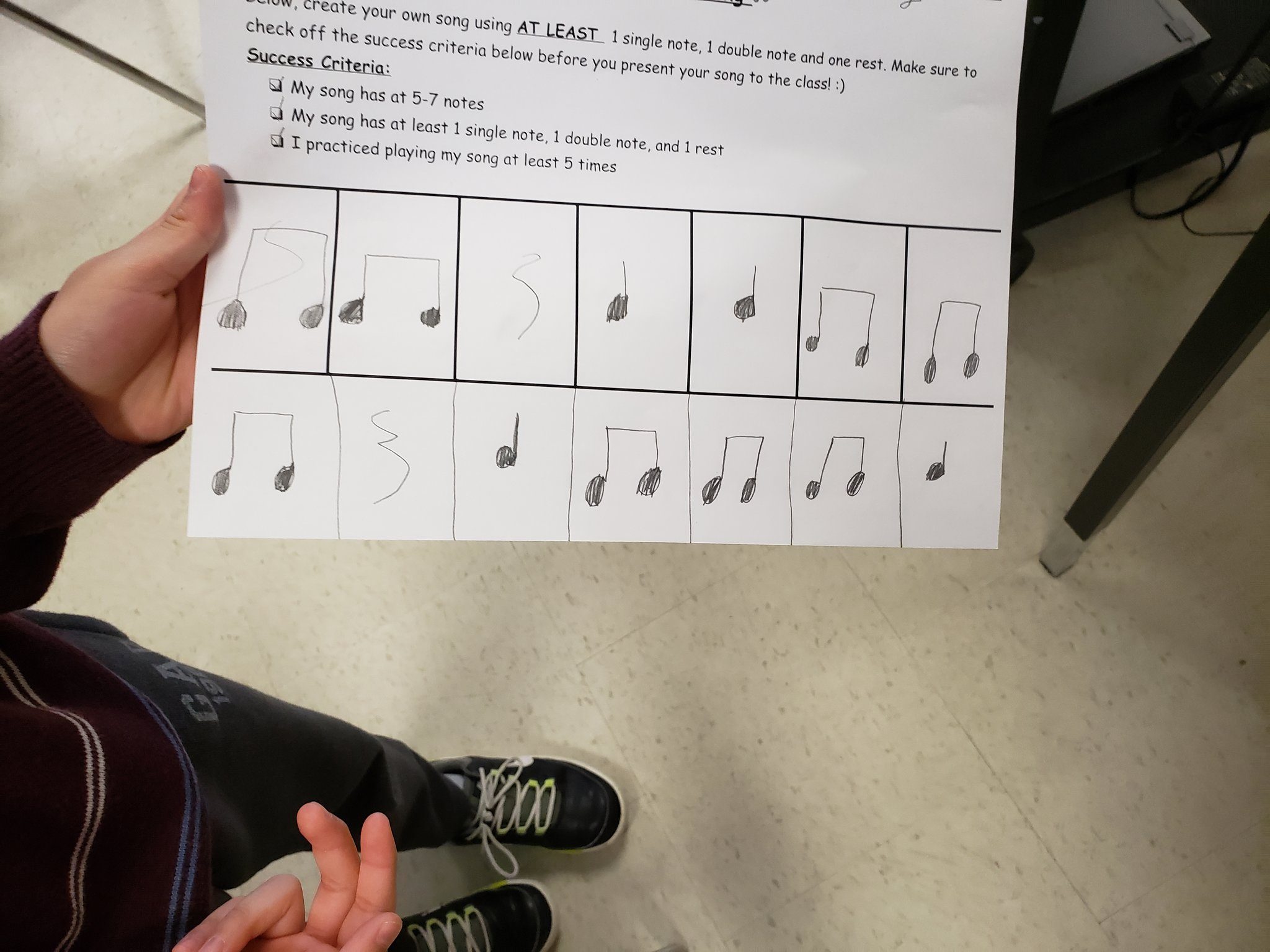