GUELPH, Ontario – UGDSB class of 2017 graduate Aaron MacPherson recently entered The Greatest Baker competition and was selected as one of the contestants.

The Greatest Baker competition sees bakers from all over the world compete in the world’s largest online baking competition. This year, the winner will receive worldwide recognition as The Greatest Baker, a year’s supply of Stuffed Puffs, will be featured in Bake from Scratch Magazine, and will take home $10,000.

MacPherson is currently in third place and if he continues to hold a top 10 spot, he will advance to the next round of the competition.

An amateur baker, MacPherson decided to apply to the competition after encouragement from a friend and decided it couldn’t hurt to apply. After sending in several photos of his baking, MacPherson was accepted as a participant. He said, “If my friend hadn’t sent me the ad, I wouldn’t have know about [the competition], many thanks to them.”

After obtaining first-hand knowledge of the College Height Secondary School Bakeshop, MacPherson decided to leave his Centennial Collegiate Vocational Institute and spend a year at College Heights SS so he could take the baking class.

MacPherson said, “Baking had been an interest of mine but I didn’t really know how to delve into it without knowing the difference between creaming, beating, stirring, or whipping  (along with other like terms). Seeing as [College Heights SS] was right across the parking lot, I thought why not?”

Students who take the Bakeshop class at CHSS are exposed to the equipment and techniques used in a commercial bakery and many go on to have a career in hospitality. The Bakeshop class provides students with many hospitality skills and continuously inspires students to bake from scratch even after leaving the class.

When reflecting on his experience at CHSS, MacPherson said that, “College Heights taught me so many skills in the kitchen. How to hold a knife, how to use a commercial mixer safely, the consistency of pastry, how to deep fry, time management in the kitchen, how to knead bread, kitchen safety including oven, fire, and sanitation. I found recipes and foods that I loved (apple fritters and cheese bread) as well as others that I’m not so fond of (Linzer torte). …[College Heights SS] also opened me up to the world of recipe writing with the final assessment being just that. Now, I write a new recipe almost every week, I’m not sure I would have the confidence to do that were it not for the College Heights Bakeshop.” 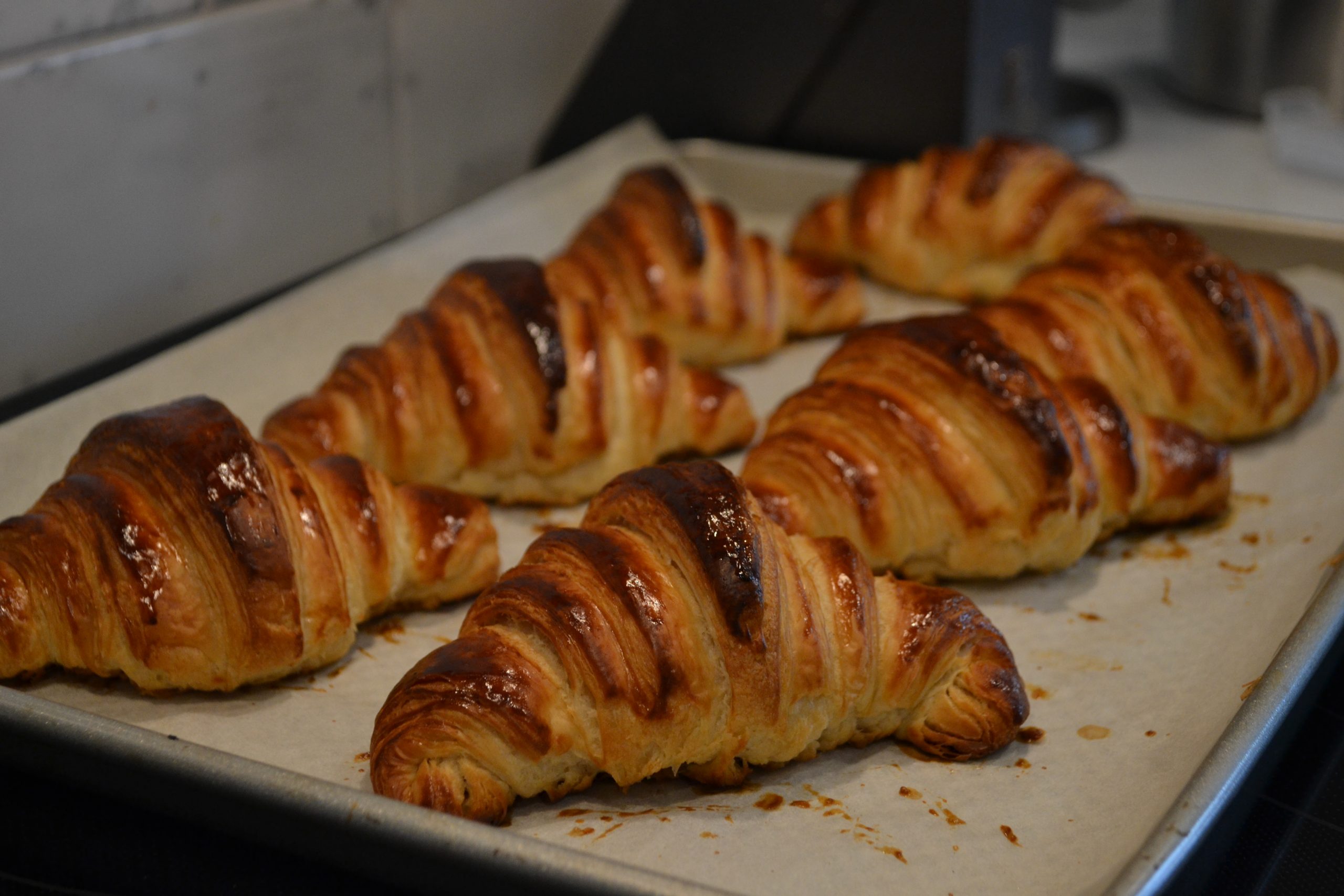 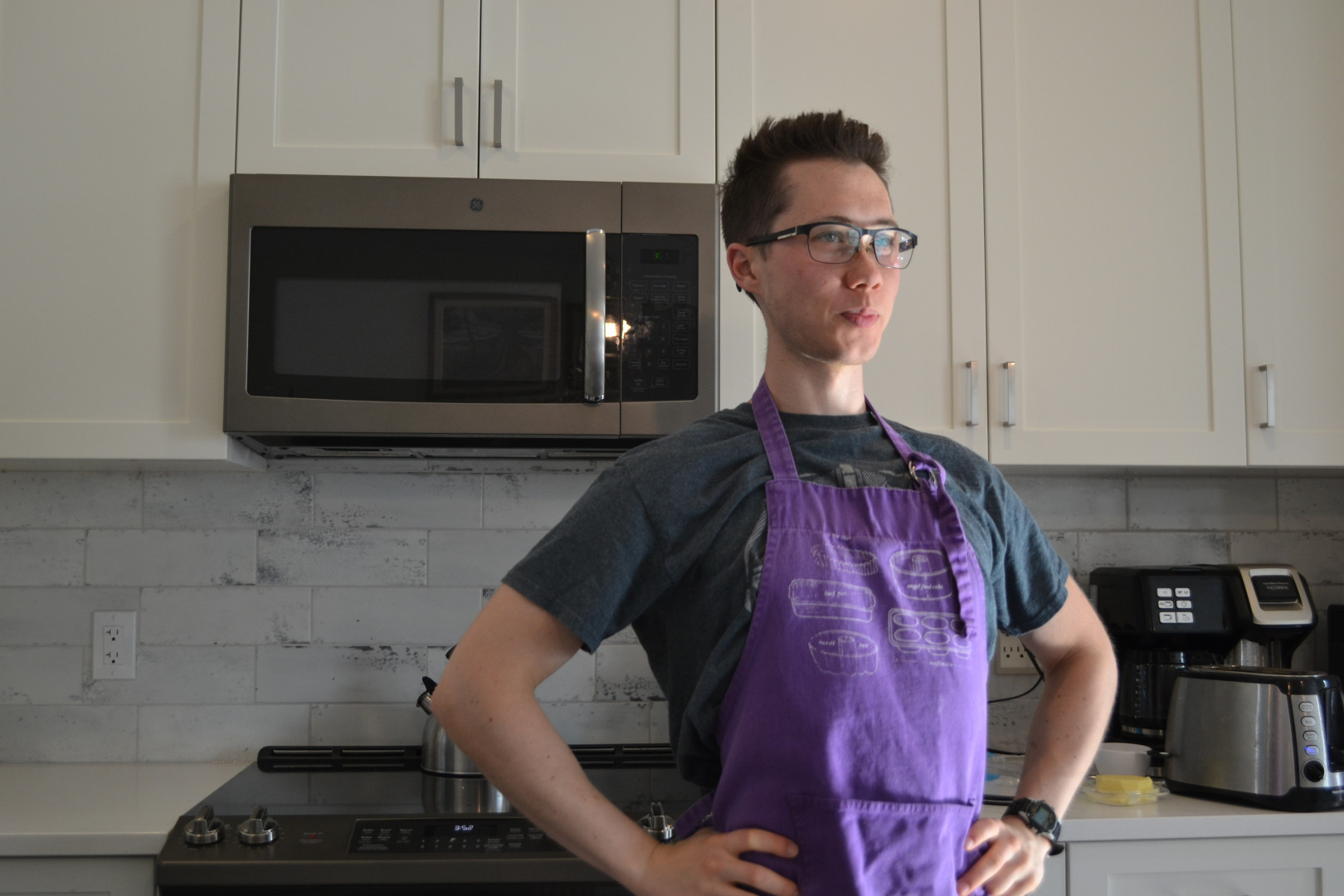 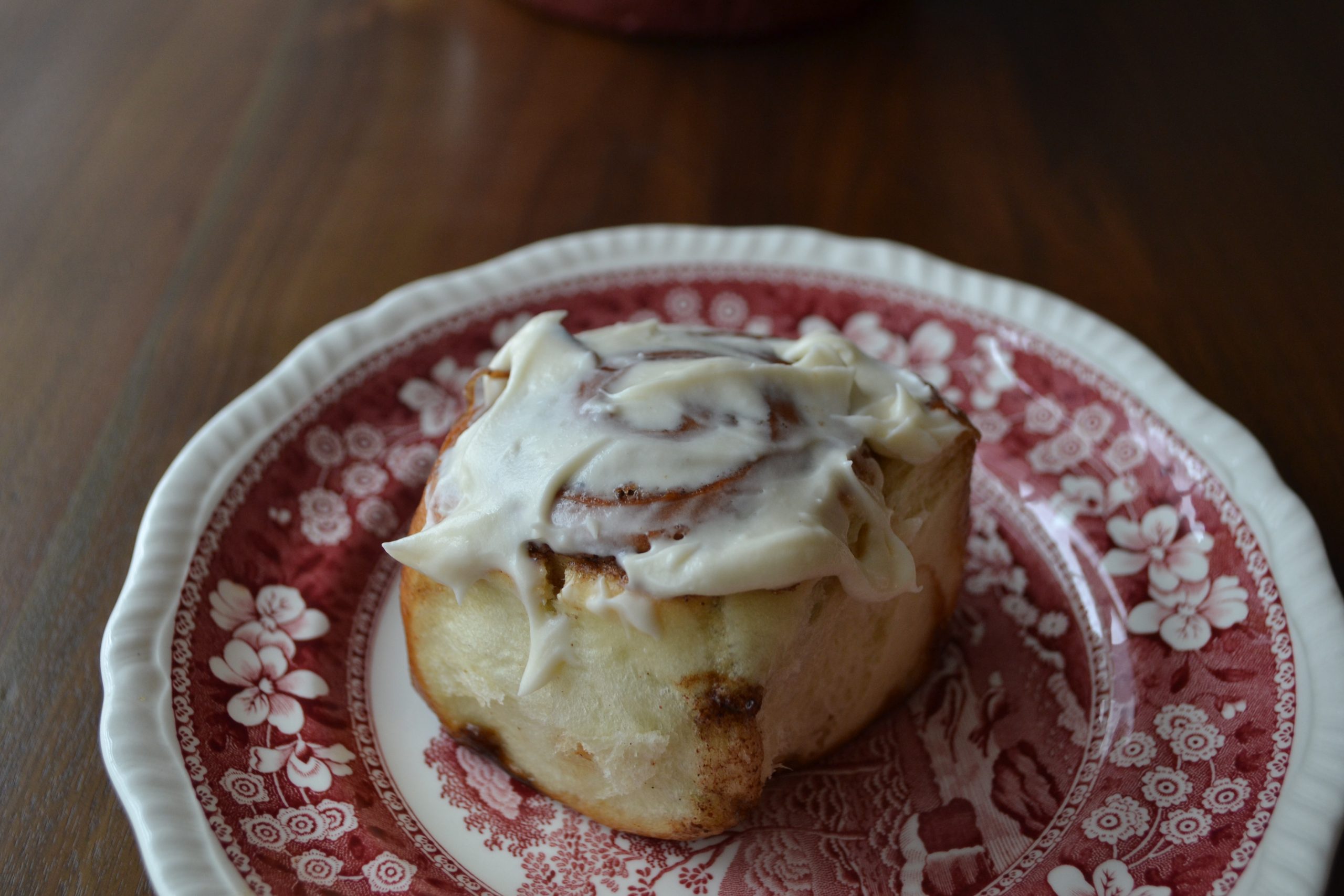 Although things have had to change at the CHSS Bakeshop to accommodate COVID-19 restrictions, they are still hard at work inspiring a new class of bakers.

CHSS Bakeshop teacher Marna Yates said that because of COVID, students are now assigned work areas and work on individual recipes, not larger batches. She said that utensils are not shared this year and that unfortunately the Bakeshop cannot accept orders from the public.

MacPherson isn’t the only former CHSS student that has continued a love of baking. Yates said that students of the Bakeshop have continued their baking studies at the post-secondary level and many have gone on to work at local bakeries.

After leaving the Upper Grand District School Board, MacPherson decided to pursue post-secondary studies in Theatre at George Brown College and is loving the incredible experience of Theatre Studies. Although not pursuing a career in baking, MacPherson maintains a creative approach to baking and loves the opportunity to bring joy to others through his baking. When asked, MacPherson said that his favourite things to bake are croissants, cheesecake and fruit-based pies.

We wish Aaron the best as he navigates through this competition and cannot wait to hear about other inspiring stories from the College Heights SS Bakeshop.