GUELPH, Ontario – This past winter, students in Class 8B at William C. Winegard Public School were in the midst of preparations for their Diversity Day.  Held on February 26, this was a culminating celebration where the class shared presentations, heard from family members speaking about their life experiences, and finished with giving thanks and having a lunch from around the world.  It was an opportunity for students to learn about and talk about self-identity, connections, and global understanding.

As part of their Diversity Day, the students took the initiative to write a song to represent the themes of the day.  In the middle of developing the song, Dr. Bill Winegard sadly passed away.  William C. Winegard (Order of Canada recipient, former President of the University of Guelph, and namesake of William C. Winegard Public School), embodied the qualities of respect, acceptance and understanding.  He was a frequent visitor to the school and the students knew him well and loved him.  His demonstrations of kindness, generosity and citizenship live on in the school community.  As a tribute to Dr. Winegard, the grade 8 students extended their song to incorporate lyrics about him and his connection to the school.

Simply titled, “The Diversity Song,” it was performed at Diversity Day and during a full school celebration-of-life assembly for Dr. Winegard.  Following that, the students were invited to perform the song on April 6, 2019, during a tribute service for Bill Winegard at War Memorial Hall.

“The Diversity Song” was very well received, prompting principal Curt McQueen to investigate the next step.  “The message of the song is beautiful,” McQueen explains, “and the words about Dr. Winegard are incredibly special. It’s a vivid example of what kids can do if you simply give them the opportunity.  The song needed to be recorded and passed along to the community.”

McQueen contacted Jim Duffield at the newly opened Royal City Studios and proposed the idea.  Duffield was honoured to donate time, space and services to help bring this amazing project to life.   Instrumental tracks and vocals were recorded by the students over two sessions, with the finished product completed just this week thanks to sound engineer Kieran Ponsonby.

Teacher Theresa Barbour expressed tremendous pride for these students. “Aside from a few musically trained students, this group stepped out of their comfort zone, demonstrated amazing creativity and worked hard to ‘become’ singers.  I am so happy they had the chance to complete this journey with a recording experience.”

At its core, “The Diversity Song” speaks to unity while celebrating individuality and offers facility to global realization of unity through the idea of selflessness. As sung in “The Diversity Song,” “The world does not belong to me. Everyone in unity. In a world of uncertainty, we represent diversity.”

“The Diversity Song” can be heard on SoundCloud at: https://soundcloud.com/user-32887387/the-diversity-song 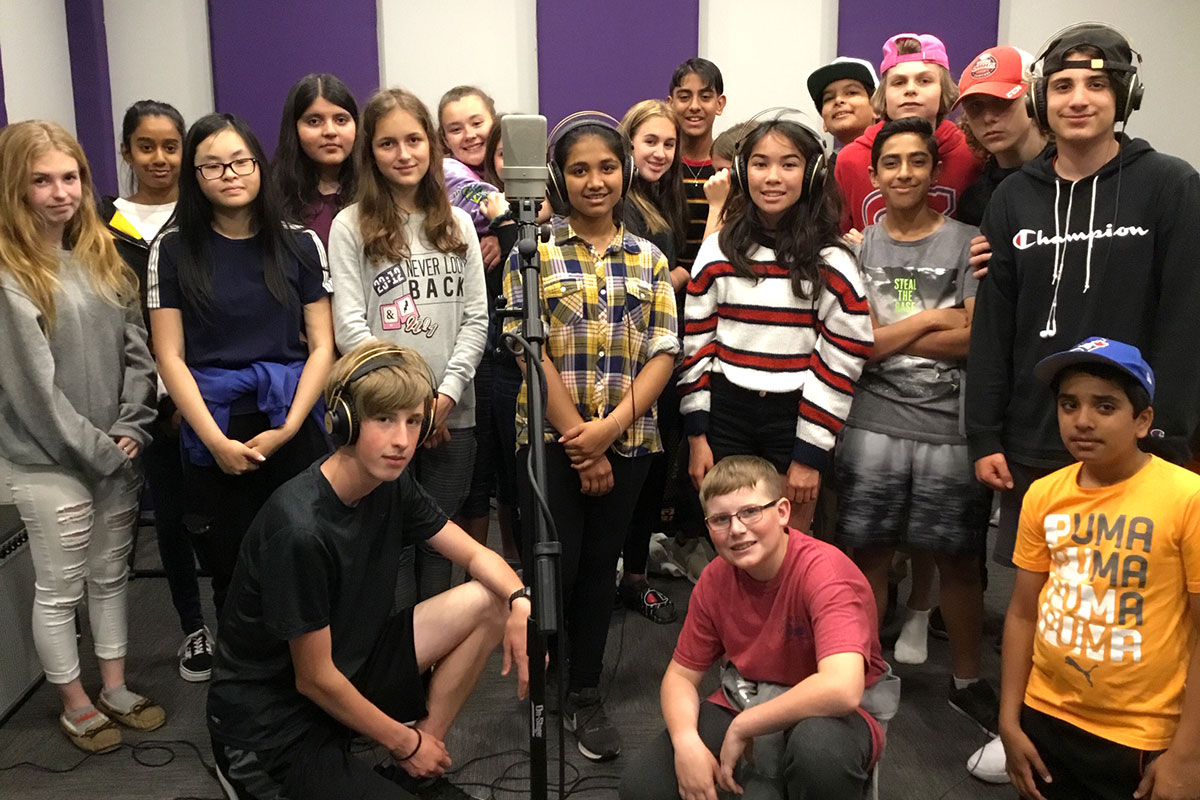 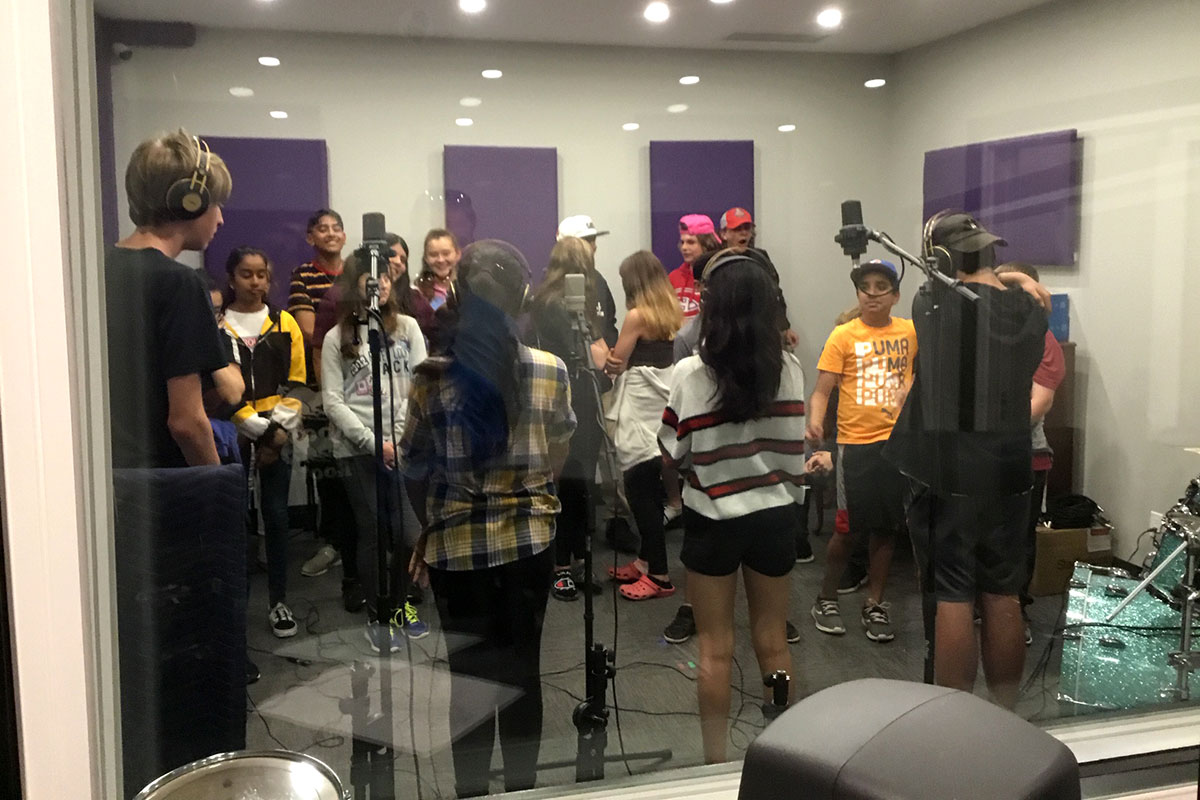 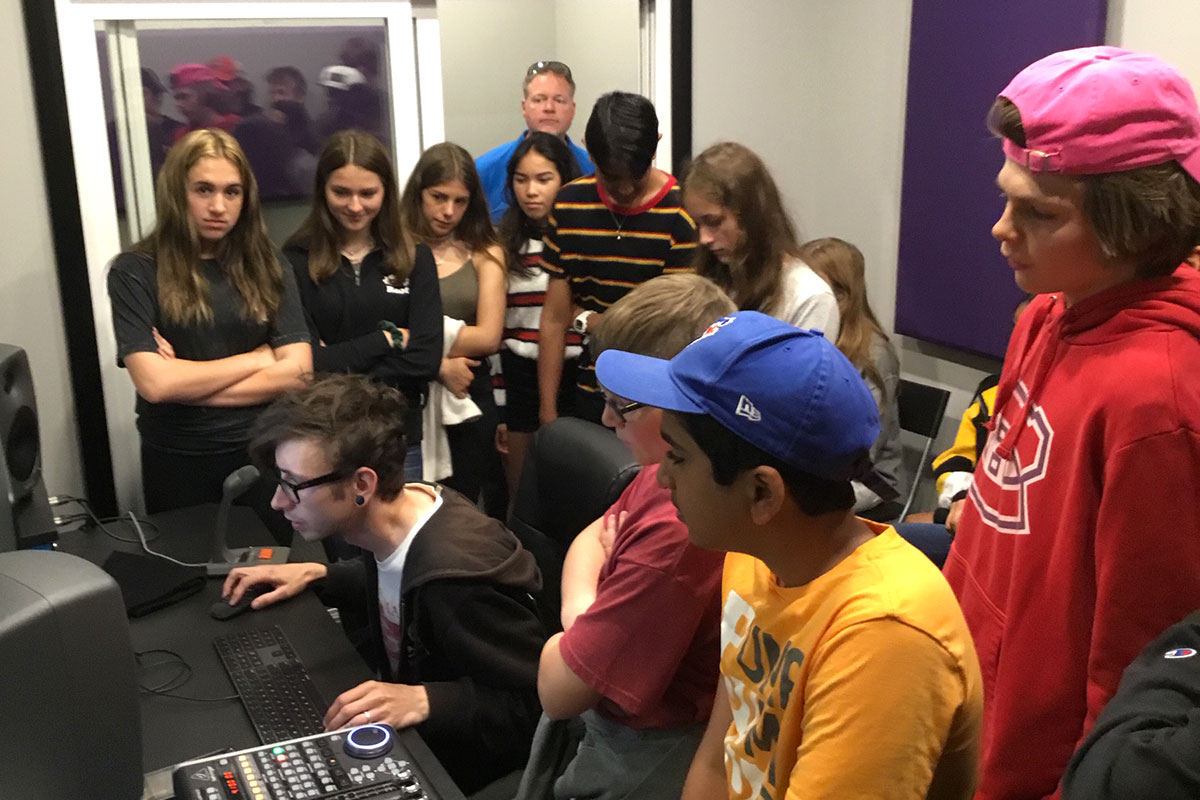