A student shares his educational and career next steps after earning his Ontario Secondary School Diploma with the SWAF program.

When Henry graduated from the SWAF program with his Ontario Secondary School Diploma in June 2017, he didn’t know what his next steps in his education or career would be, but he knew it would be with Linamar. Henry visited the SWAF classroom this school year to give us an update.

Henry still remains at Roctel where after graduation he eventually moved from his role as machine operator to an entry level position in maintenance.  Following some time in that position he had proven himself and was very proud to share with us that Roctel had signed him on for the Millwright Apprenticeship program in conjunction with Conestoga College in September 2019. 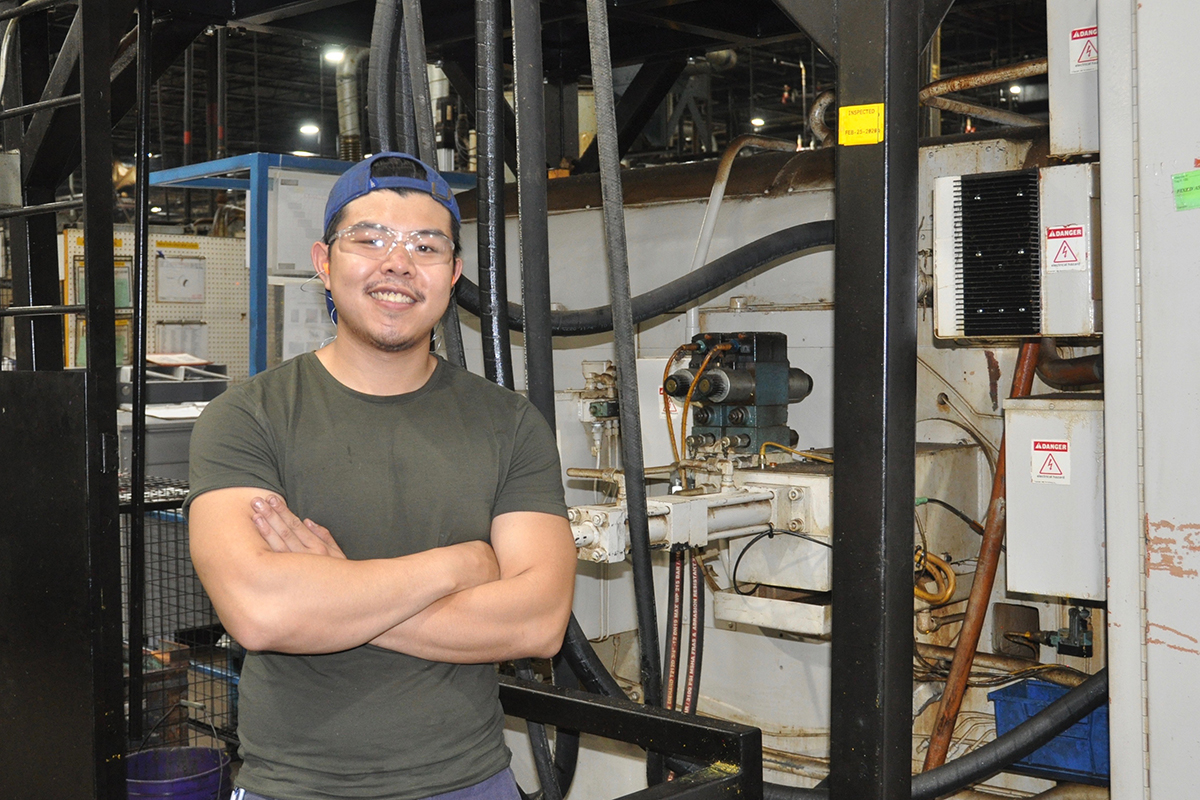 He really enjoys the schedule where he attends classes at Conestoga on Mondays and the rest of the week, he is working at Roctel where he can see the direct application of his classroom learning.

Getting to where he is now has taken time, but that was all part of the process. Moving from an established position as a machine operator to the entry level position with maintenance was a sacrifice, as well as a pay cut, but those were the steps that Henry needed to take. He also recognizes that this next educational phase to becoming a ticketed Millwright also takes time, dedication and hard work.

There is beauty in the sacrifice. Everything takes time, and this is the best way for me to go to school and continue to work.

When Henry came back to update us on his success after SWAF, it was so clear that he has found his path and is taking great pride in his future.