Everyone at our school is committed to making our school a safe, inclusive and equitable environment for all. We treat each other with respect and we will refuse to tolerate inequities in any form at our school. We know that a “whole-school” approach where all stakeholders are involved in supporting our students helps create and maintain a positive school climate.

“Bullying” means aggressive and typically repeated behaviour by a student where,

2. The behavior occurs in a context where there is a real or perceived power imbalance between the student and the individual based on factors such as size, strength, age, intelligence, peer group power, economic status, social status, religion, ethnic origin, sexual orientation, family circumstances, gender, gender identity, gender expression, race, disability or special education needs.

Bullying takes different forms of contexts with age. It can be physical, verbal, social/emotional or through electronic means (cyber-bullying). Bystanders contribute to bullying by doing nothing to prevent it or become actively involved in supporting it.

The role of this committee should include but is not limited to the following:

This Bullying Prevention and Inclusive School Plan was developed or reviewed by our Safe School Committee on: September 2022

Our most recent school climate (WHY) survey was or will be conducted on: Winter 2022

Data from our most recent climate (WHY) survey indicated that:

100 % parents who completed the survey felt that adults at school were helpful in resolving bullying issues.

83 % of parents who completed the survey indicated that bullying stopped after their child told an adult about the bullying.

100 % of staff who completed the survey indicated that when steps were taken to address specific incidents of bullying, the intervention was successful.

Training Strategies for Staff and Members of the School Community

Members of our school community will receive Bullying Prevention and Equity & Inclusive training through:

We will communicate our Bullying Prevention and Equity &amp; Inclusive strategies and initiatives by:

Note: Our Bullying Prevention and Equity & Inclusive goal(s) are determined after analysis of the results of our school climate (WHY) survey.

1. Identify the difference between bullying and conflict

2. Identify the difference between bullying and ‘joking around’

3. Identify and recognize the role of the ‘bully’ and ‘bystander’ and ‘upstander’

4. Promote the understanding and valuing of individual differences and promote citizenship

5. Encourage students to report bullying to an adult when it happens

Our school currently implements or will implement the following bullying prevention and equity & inclusive education programs and activities that focus on developing healthy relationships and provide leadership opportunities for our students:

Our staff will use the following process when bullying is reported:

Students, parents, school staff and volunteers may use the following methods to report incidents of bullying as appropriate:

When responding to a bullying incident, our school staff uses a progressive discipline approach. Use of Progressive Discipline supports a safe, inclusive and equitable learning and teaching environment in which every student can reach his or her full potential. Strategies may range from early intervention to more intensive intervention in cases of persistent bullying, with possible referral to board support personnel, community or social service agencies.

These may include but are not limited to: 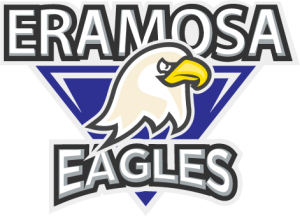