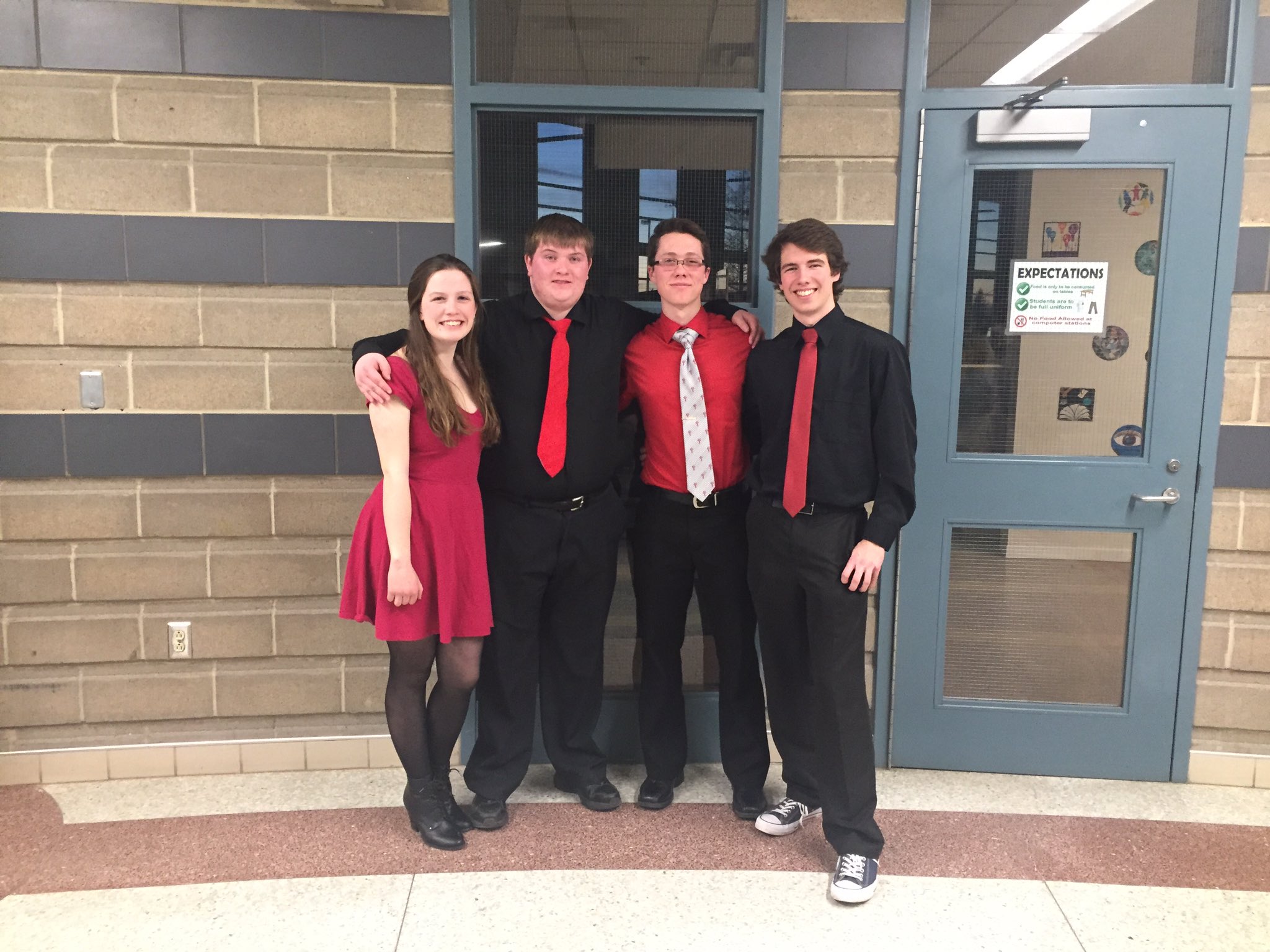 Congratulations to the cast and crew of New Canadian Kid on their two acting awards at the Sears Regional Drama Festival.

Here are cast members Sam, Robbie, Aaron and Zach.  Between the Districts and Regionals, the show won 5 awards including Outstanding Production at the District level of Festival.