On Monday, May 30, the students of Centre Dufferin District High School’s Black Chapter showed how brilliant they truly are by organizing a day of workshops and exercises for their Black Brilliance conference.

What took months of preparation and hard work turned into a day of success. The CDDHS’s Black Chapter invited and hosted other Black Chapters from neighbouring schools in the UGDSB.

As students began to fill the auditorium for the conference’s opening ceremony, they rose for the Black national Anthem Lift Every Voice and Sing and they were given a presentation from former Black Chapter member and CDDHS alum, Michael Dunkley. Dunkley’s presentation to the students was about them pursuing their passions and having passion in everything they do in life.

Dunkley said he wanted to bridge the gap between the students’ formal education and fostering a discussion about chasing their dreams and living out their passions.

“I’ve learned from watching family members and friends that success isn’t in wealth, it’s in feeling content with your life and being at peace.”

Dunkley went on to share with the students that following his passions led him into a different career path than what he initially planned for himself. He got back into his passion for poetry and decided to become a rapper. He and his peers put on a performance for the students before breaking into workshop sessions.

Following the opening ceremony, students separated into their workshop rooms that were led by different Black Chapter members, where they discussed issues pertinent to the Black Community. Police Brutality, the evolution of blackface into digital blackface, hair love, and pan-africanism were all topics that were covered at the conference.

Gabby, CDDHS Black Chapter’s social media manager, led the Evolution of Blackface into Digital Blackface workshop. “Most, if not all, of the workshops we did were based on previous workshops from previous years and I found that people went to the group that called to them. I hope that people left the workshop with a new perspective on how the world around them works. I hope that the students can better identify what obscure things like Blackfishing and digital Blackface are,” said Gabby.

After the workshop the students and staff got to enjoy a cultural lunch from both West Africa and the Caribbean, consisting of fufu and or jerk chicken and rice and peas, while enjoying music from Africa and other parts of the diaspora, such as afrobeats, soca, reggae, and calypso.

CDDHS’s Black Chapter and other Black Chapters across the UGDSB are spaces where students across the African diaspora have carved out a space for themselves to feel safe and to discuss issues that impact the Black community all over the world. 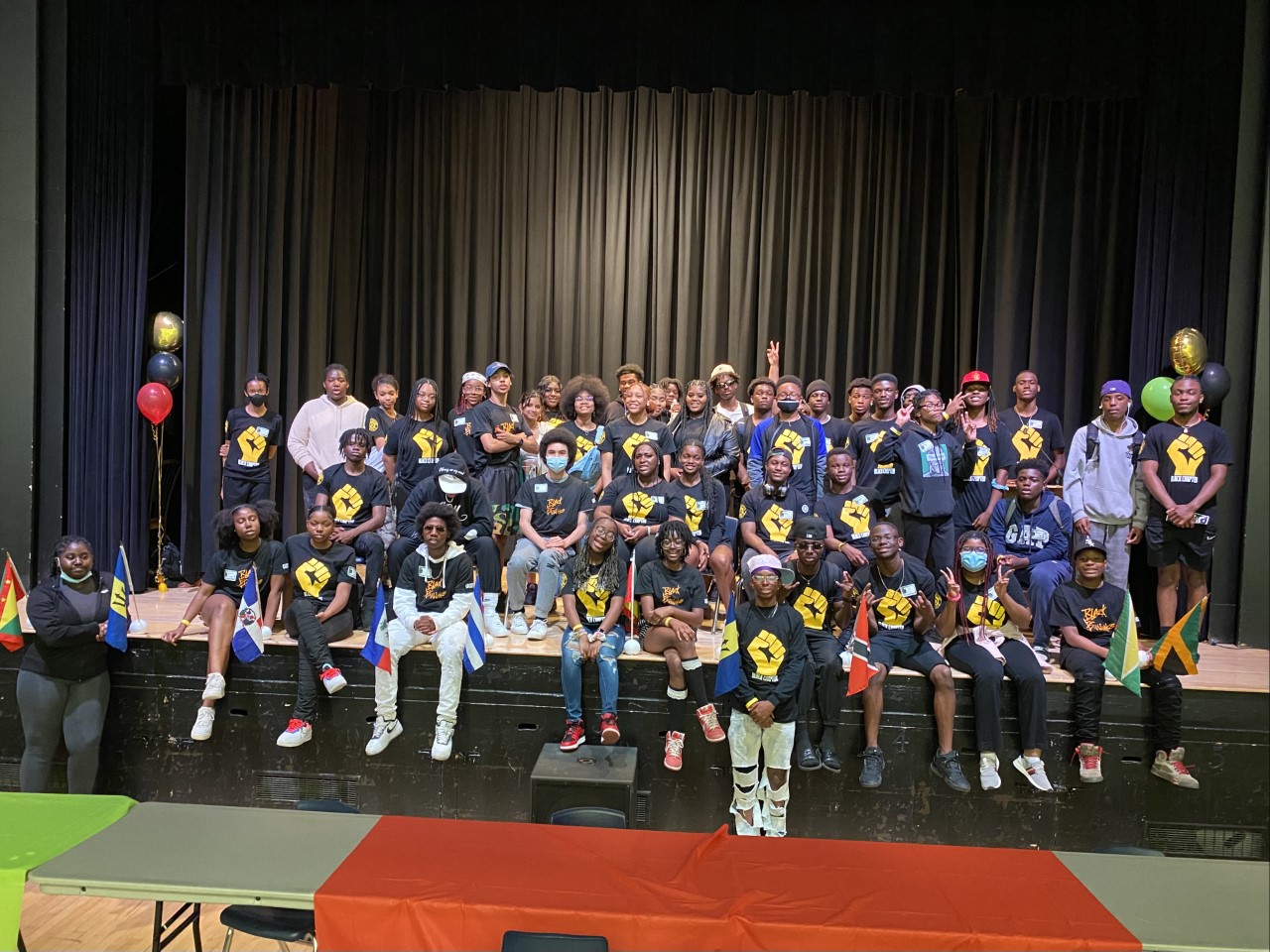