GUELPH, Ontario – Each year, students and teachers from the Upper Grand District School Board travel to Quebec to immerse themselves in French culture and language.

Between February 9 and 12, 48 students and five teachers from UGDSB schools travelled to St. Donat, Quebec. 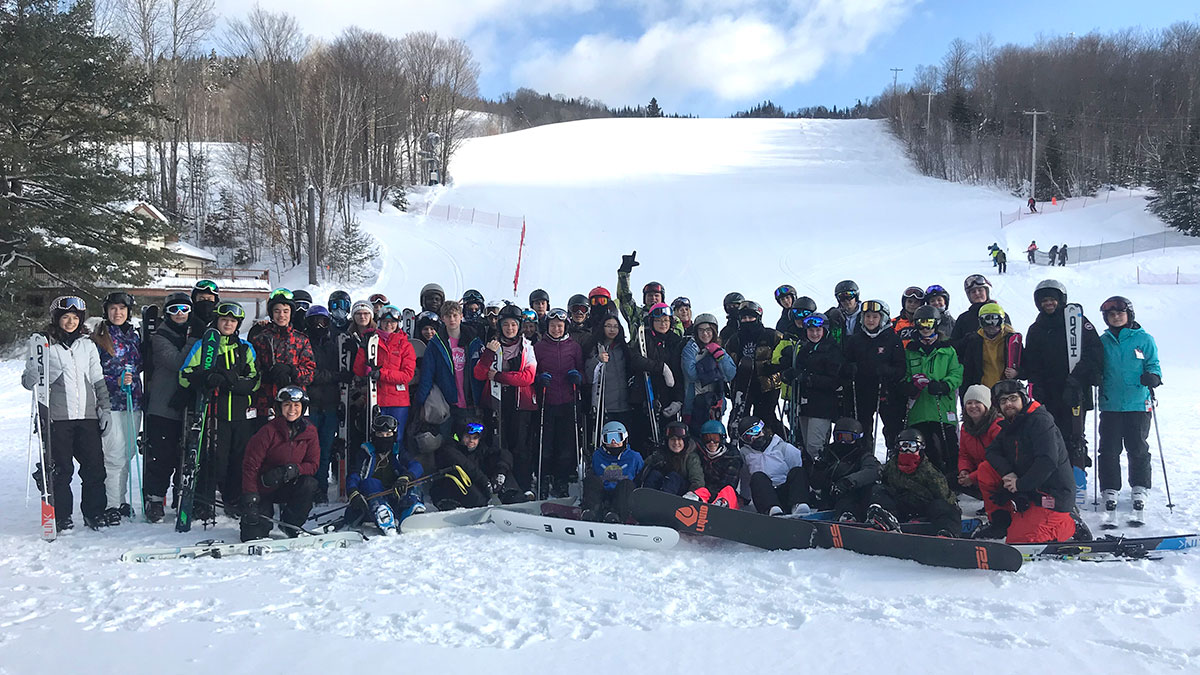 Two grade 10 students from GCVI wrote about their experience.

Over the past four days, we have had an amazing time in the town of St. Donat, Quebec. We have made many new friends and created long-lasting memories. Perspectives gave us the opportunity to try many different winter activities, such as skiing and snowboarding on the mountains of Quebec, skating on an outdoor track, as well as cross-country skiing and snowshoeing. Skiing and snowboarding at Mont Garceau was so much more exhilarating than doing so on the hills in Ontario. We were able to experience the Québécois culture and immerse ourselves in the French language during our time here. Some other highlights of our trip include nightly performances from the staff of Perspectives, music workshops, outdoor games, as well as learning about the stories and legends of Quebec. The staff of Perspectives were super enthusiastic and consistently encouraged us to speak ​en français​.

We really enjoyed touring the village and learning about its interesting history.​ Le saviez-vous? St. Donat a été fondée en 1874​! We learned so many things about how St. Donat became the thriving tourist attraction it is today. The Québécois legends and stories that we learned about were fascinating and intriguing. Our personal favorite was ​Violon Magique​, a story about a village that was doomed by the devil because they did not follow the rules of Lent. We encourage students from UGDSB to participate in this fun-filled trip in the future, as it is a great way to experience Québécois culture and meet new people, while improving your French at the same time!