Artist Naomi Smith was at Westside the week of March 19-23, working with three different art classes. 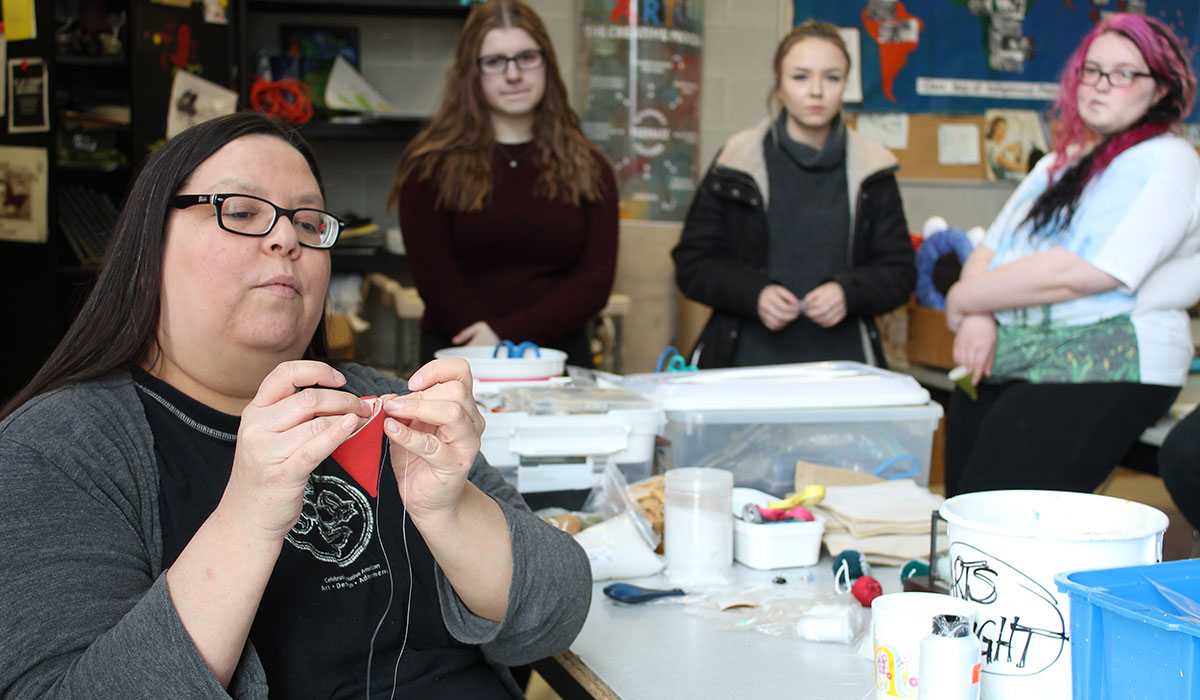 Naomi’s project, No Word for Art: Exploring the Ancient Roots of Creativity, allowed students to explore the creative process from an Indigenous perspective. Classes examined contemporary approaches to Indigenous expression and demonstrations of Indigenous techniques.

Speaking about the project, Naomi explained that traditionally Indigenous languages in the Great Lakes region did not have a word for ‘art.’ And yet, “artistry and visual expression are critical in defining who we are as First Nations people.”

Naomi led students through a number of workshops, all of which were based on Traditional Woodlands culture.

Workshops included introducing students to historical art forms and materials that were used to create functional and decorative objects of the Great Lakes people, and hands-on exploration of different types of Indigenous art.

Students took on a variety of projects, such as creating medicine pouches in the leatherworking session and an introduction to Indigenous beading techniques. 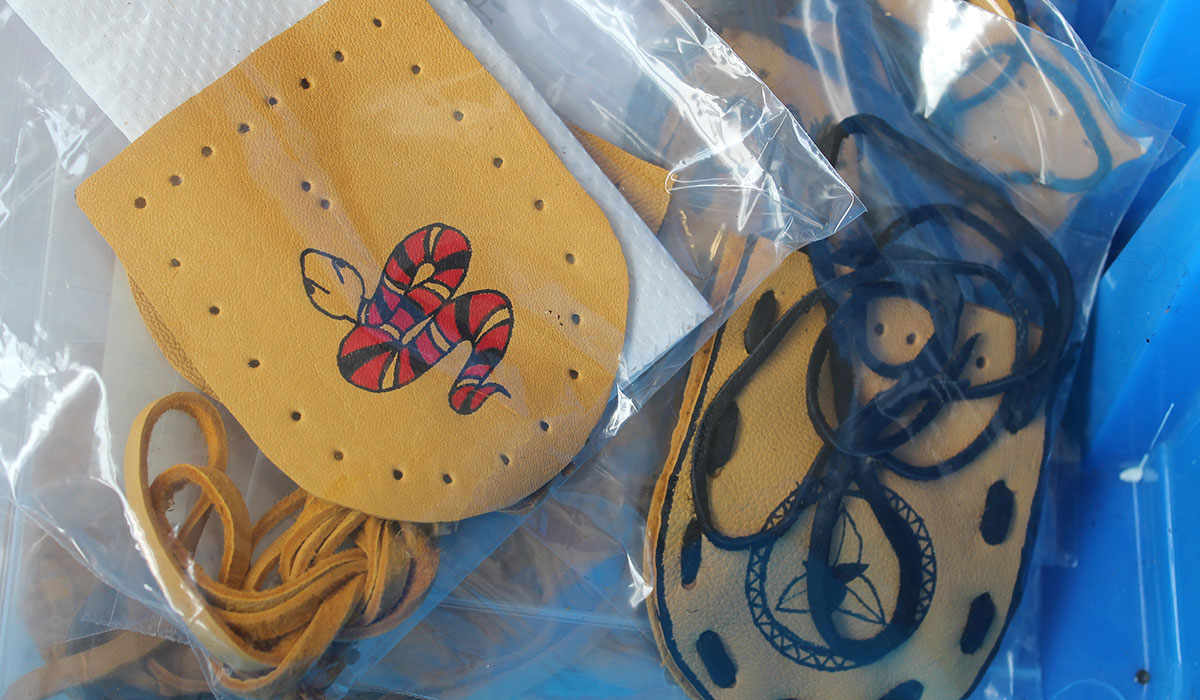 One class learned how to make a beaded strawberry emery pincushion, influenced by century-old Woodlands Native American design and techniques. The strawberry is an esteemed symbol of Woodlands Native culture, as it is one of the first plants that nourishes the community after winter. 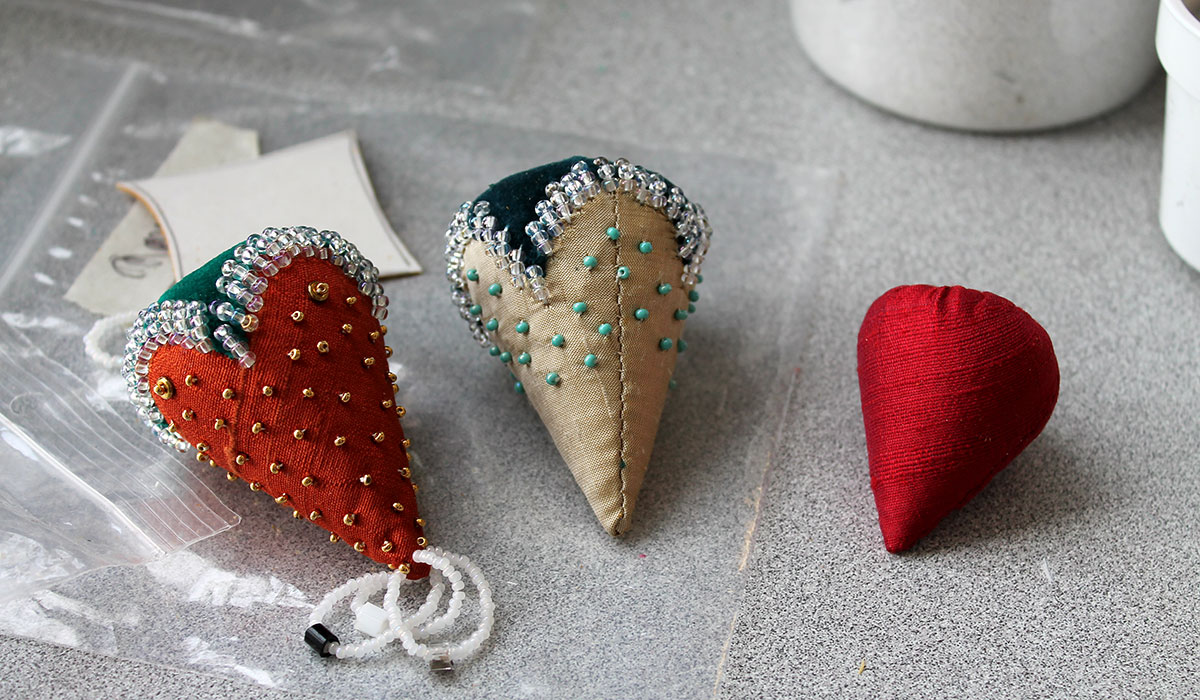 Students learned about the history of the emery pincushion and the strawberry in non-Indigenous and Indigenous Victorian life. The tip of the pincushion is filled with emery sand, to clean and sharpen the sewing needles. The rest is filled with sawdust and is where pins are stored. Naomi explained that historically pincushions were extremely important. There were no stores down the street that someone could pop into to buy something new, so sewing was an invaluable part of life.

Naomi brought in a collection of antique strawberry pincushions to show the class, some dating as far back as the 1870s. 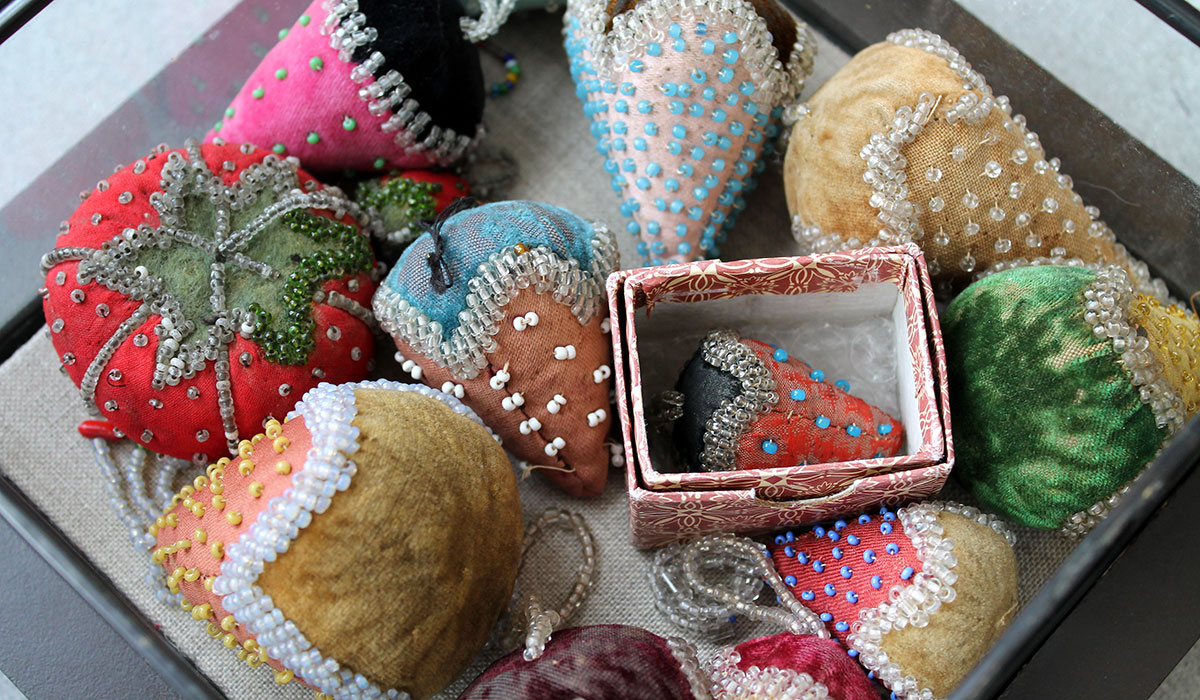 Students picked their own colours for fabrics and beads, as Naomi said it’s important for the artist to put something of themselves in the work. Naomi walked them through the techniques for sewing the fabric, filling the pincushion, closing the strawberry body, sewing the cap and then doing both embossed and flat appliqué beadwork.

The youth made their pincushions just as they would have 100 years ago, even using 100-year-old beads to adorn the strawberry.

Much of the art created this week at Westside SS will be featured in this year’s Turtle Island Heritage Festival, which will take place in April. 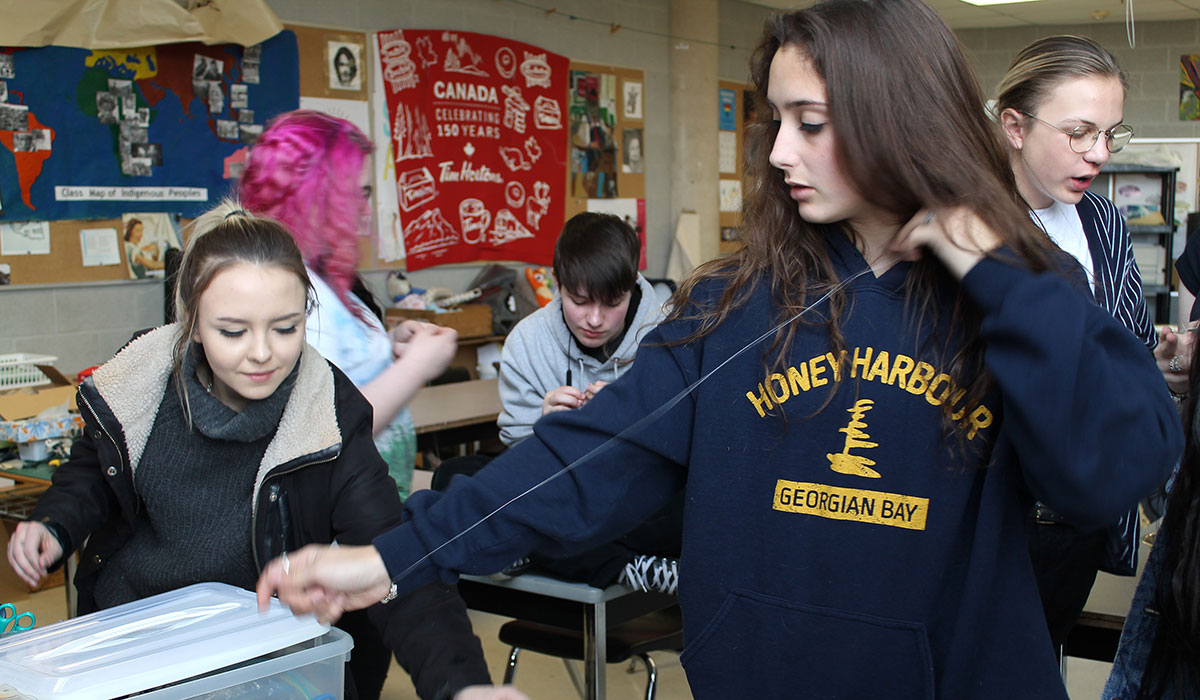 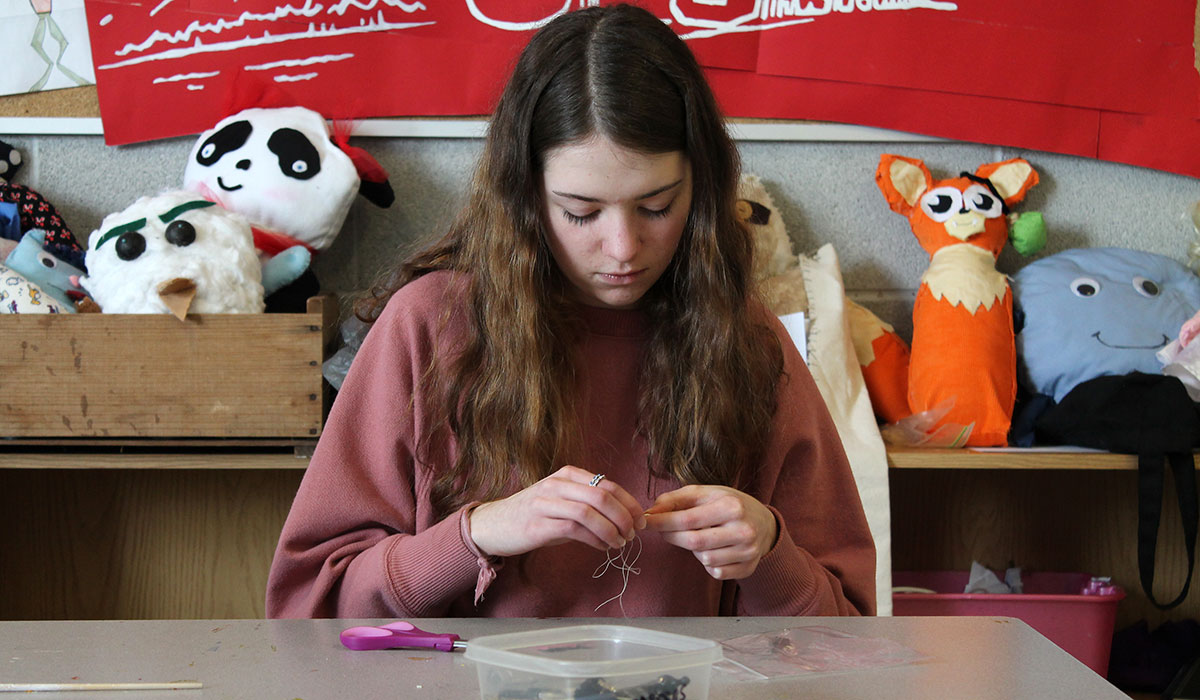 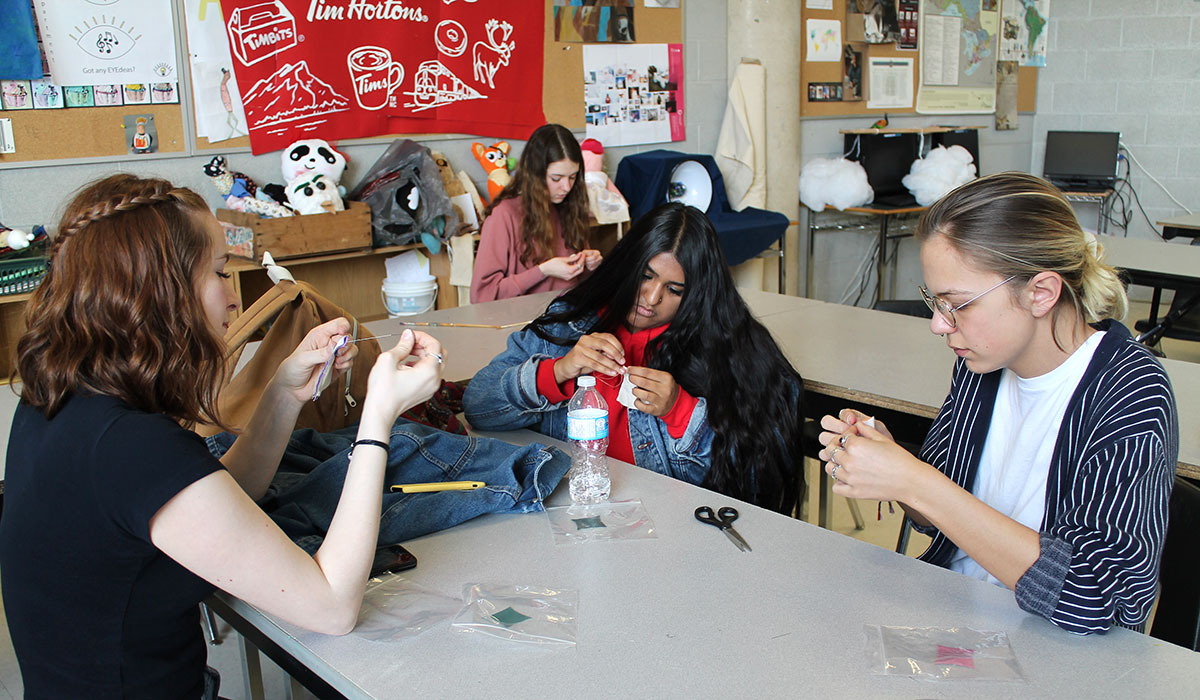