On Saturday, June 4,  the Guelph Collegiate Vocational Institute (GCVI), Centennial Collegiate Vocational Institute (CCVI), and John F. Ross’ music departments combined forces for a special concert in support of the Canadian Red Cross. There were performances by each school’s senior bands, and as a special finale the 3 school bands combined themselves for a mass band performance of Brian Balmages’ pieces “Moscow, 1941” and “Kyiv, 2022”
American composer Brian Balmages originally composed “Moscow, 1941” in 2006. The piece is a musical homage to the Russian army defeating the German invasion during the World War II. It would go on to be one of Balmages most famous pieces and has been performed multiples of thousands of times worldwide over the past 15 years. Following the recent Russian invasion of the Ukraine, Balmages felt compelled to write a sequel entitled “Kyiv, 2022”.
Balmages describes the piece as follows:
“Written as a powerful sequel to Moscow, 1941, this work changes the narrative, where the theme from Moscow now represents the aggressor, and the heroic people of Ukraine are represented by the Ukrainian National Anthem and the powerful song Prayer for Ukraine. Certain to spark discussions about humanity, history, and culture, this piece can easily be performed alongside Moscow, 1941 or in place of it. All net proceeds of the initial release are going to relief organizations.”

The mass band performance featured approximately 120 students from the 3 schools and was conducted by special guest conductor, Dr. Colleen Richardson, Director of the Western University Wind Ensemble & Symphonic Band, and President-Elect of the World Association of Symphonic Bands and Ensembles (WASBE).

There was a freewill donation taken at the door. The schools ended up raising $1505 with all proceeds going to support the Canadian Red Cross Humanitarian causes around the world. 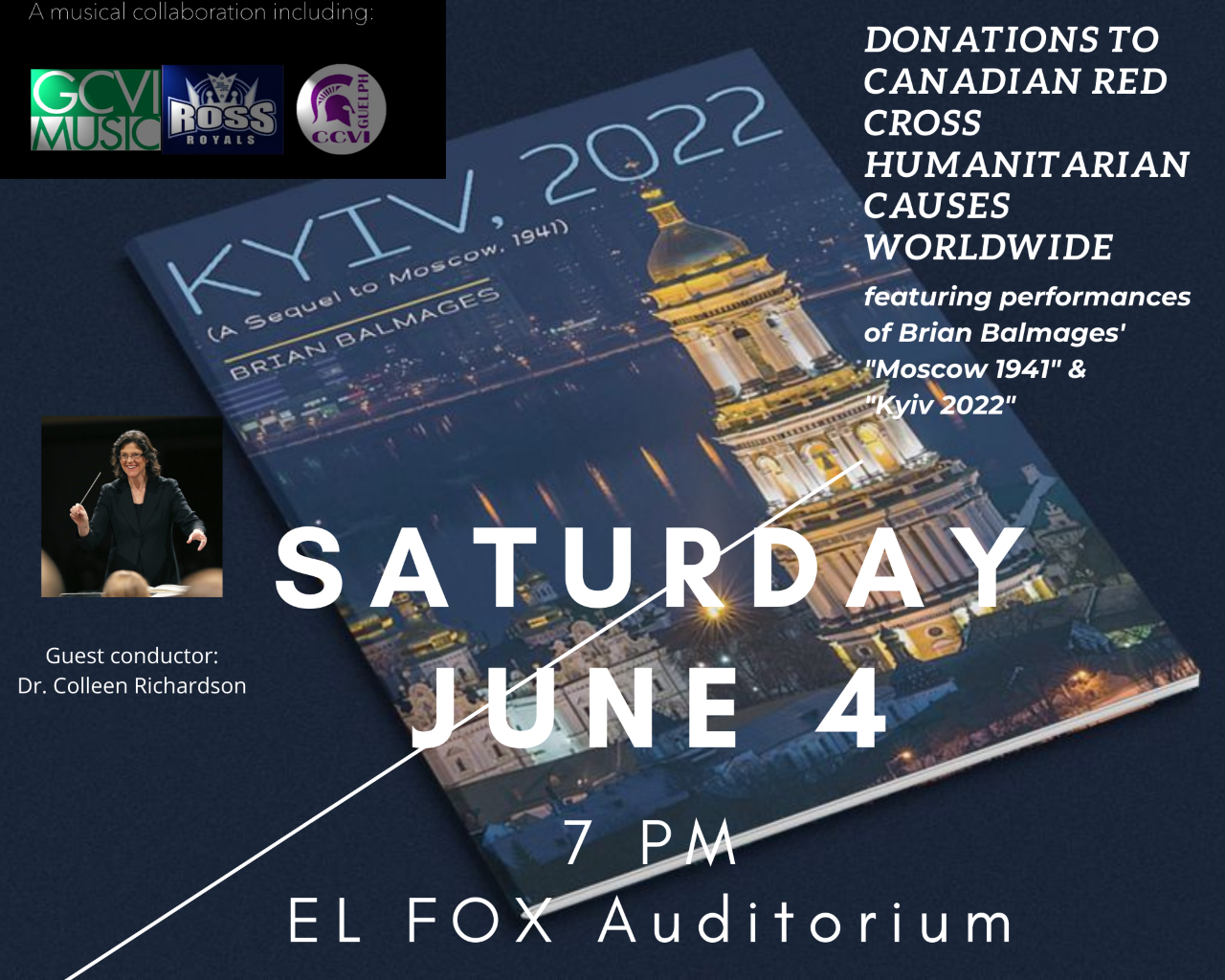