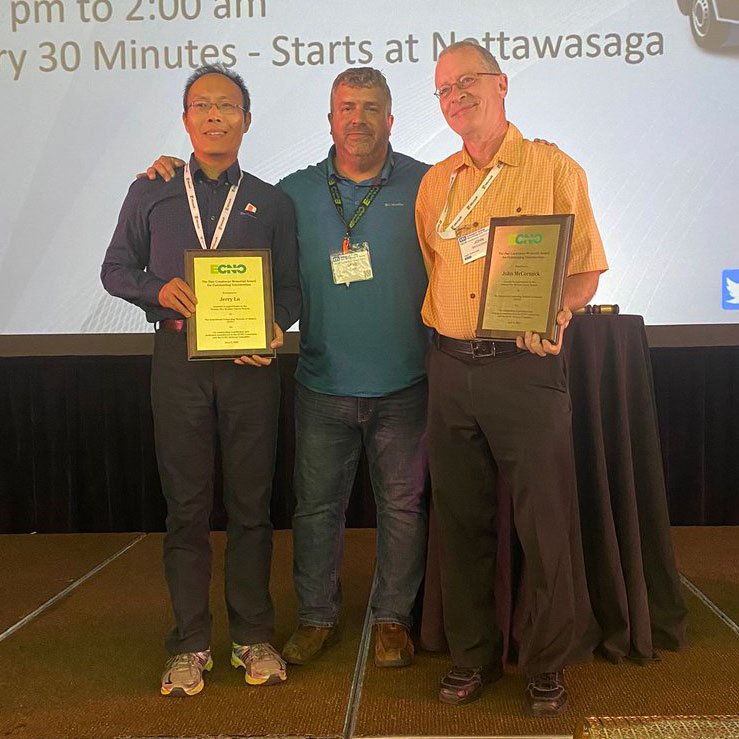 An employee of the Upper Grand District School Board has been recognized for his outstanding contributions to technology in Ontario schools.

John McCormick is the UGDSB’s Associate Chief Information Officer. John joined the Upper Grand DSB in 2015. Prior to that, he spent five years as Director of ICT at Sheridan College and was the Director of IT at the Perimeter Institute. He was instrumental in building the IT department as the Institute got started.

At the Annual Educational Computing Network of Ontario (ECNO) Conference held this week, John was named a recipient of the Dan Cousineau Award.

About the award: “Dan Cousineau played a key role in directing computer technology in Ontario school boards. Those who crossed paths with Dan respected his abilities as a visionary leader. Those who didn’t know Dan have seen the impact of the mark he made in technology in school boards. The ECNO Community named the award after Dan to recognize members that exhibit his qualities and dedication to furthering education in Ontario.”

John’s impact is wide-ranging in the province. Some of his work includes his involvement and leadership on the Ministry of Education’s Broadband Modernization Project (BMP).  The UGDSB was one of the first boards to go through modernization, and John provided his expertise and advice throughout the project.

John is known by colleagues for his calmness and deep-thinking. He brings a deep understanding of big-picture solutions for Ontario school boards, and helps bring actions and consensus to the working tables he is a part of.